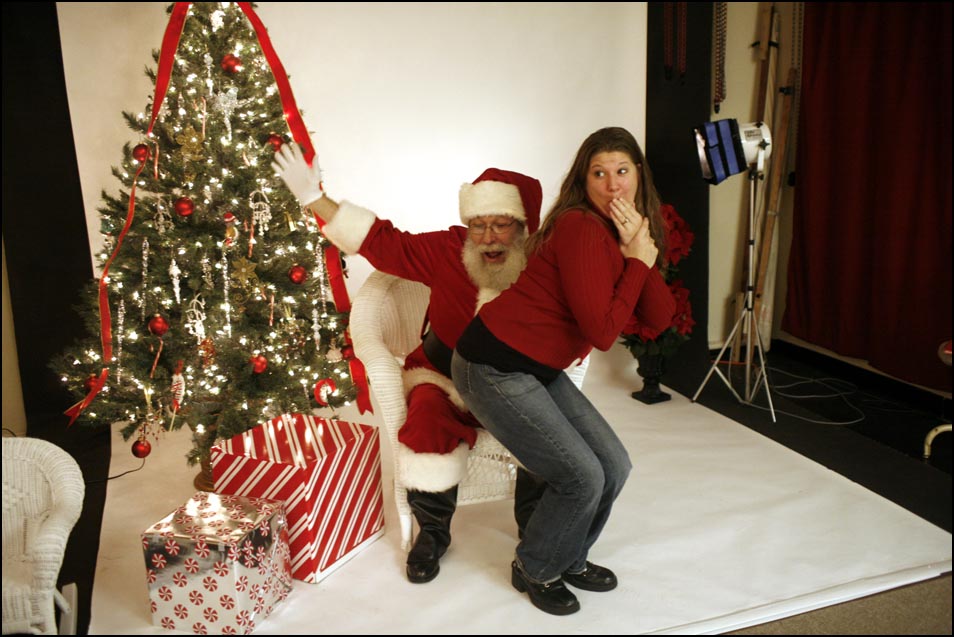 Let's be blunt.
You know if you've been naughty or nice, so surely you don't need an overweight man
wearing pajamas as red as a blog post by Chip Litherland to dictate your moral judgment.
Besides, it's creepy that a rotund elderly man watches your every move throughout the year.
Does he also check the history of your internet searches, too? Clearly, a man who lives
with elves and dominates a toy marketplace in the remote wasteland of the North Pole has
more issues than any photojournalist's therapist can handle. 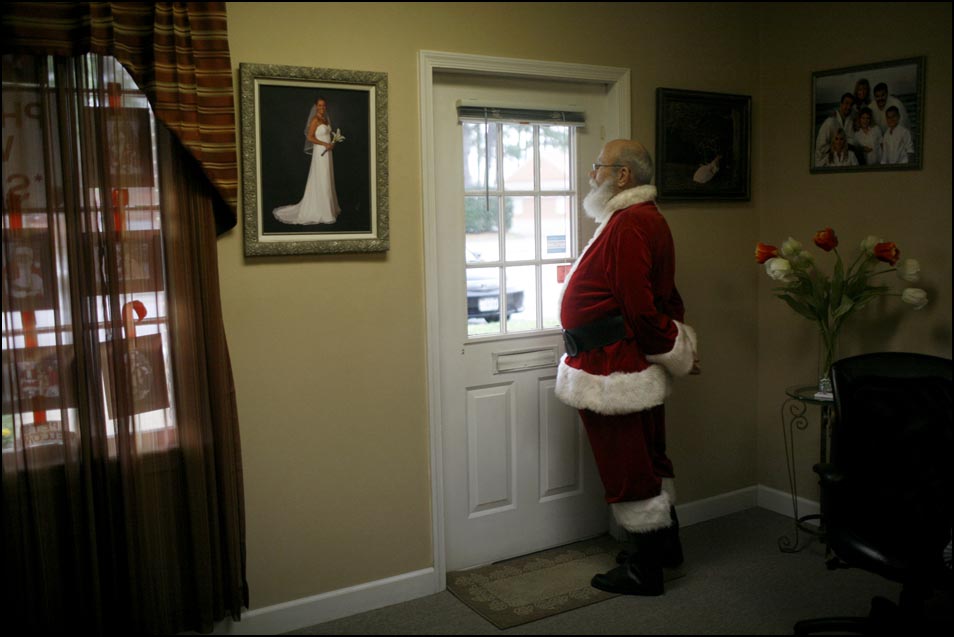 But we digress... Those of us at TID wanted to take a moment to pause and say thanks
to everyone who has helped make this into what we are now. It takes a lot of effort from
many people each week to pull this off, and for that we're grateful.
So, in the spirit of the season, we'll be brief this week and do a quick examination of this
picture of a Santa at a local portrait studio. I think it speaks to the concept we've heard often
and throughout many of the posts here, which is the value of spending time with people.
This point can't be stressed enough. 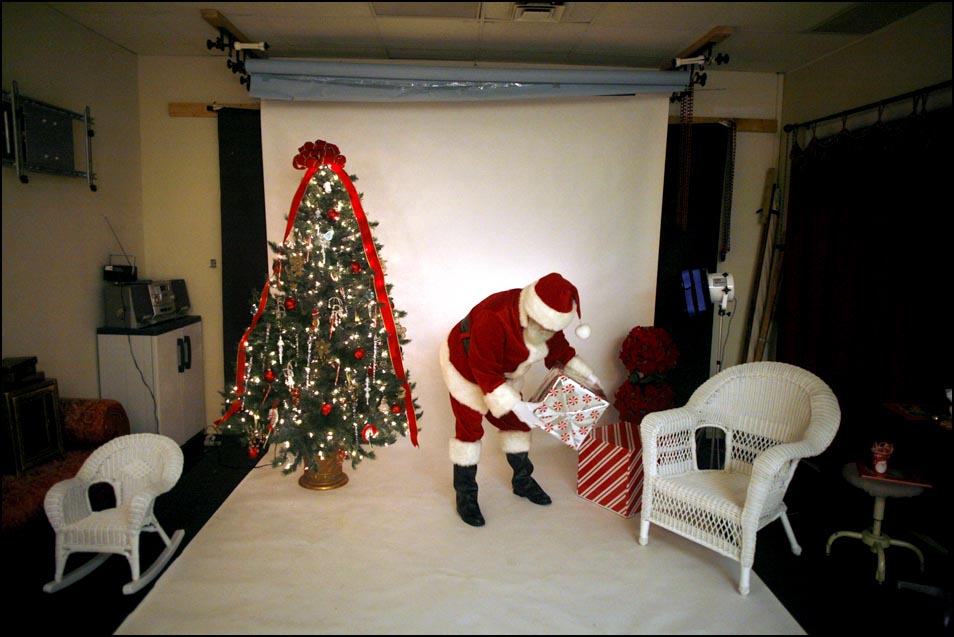 The session started out normal, just hanging out with Santa. I photographed him at the
beginning of his workday, and hung out with him while he waited for people. There was
a lot of downtime, as there were just a few appointments throughout the day. We had a lot
of time to sit and make small talk. It gave him a chance to see me less as a photojournalist,
and more as just Ross. I make a big effort for people to know my name, as silly as it might
sound. I think it helps personalize the experience.

I was shooting for a photo page, so I wanted to make sure I got some details.
While we waited for folks, it gave me something to focus on. 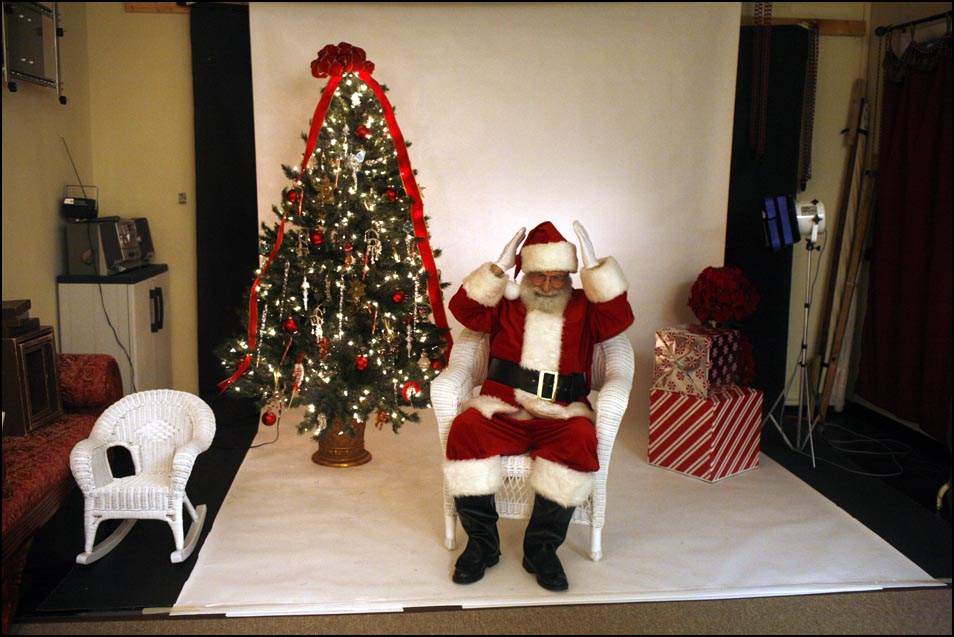 For the most part it was pretty slow; I think in a 4-5 hour shift he had just a handful
of appointments. While it can be a bit uneventful, it's during this time that you can
build the relationship that helps you blend into the scene. 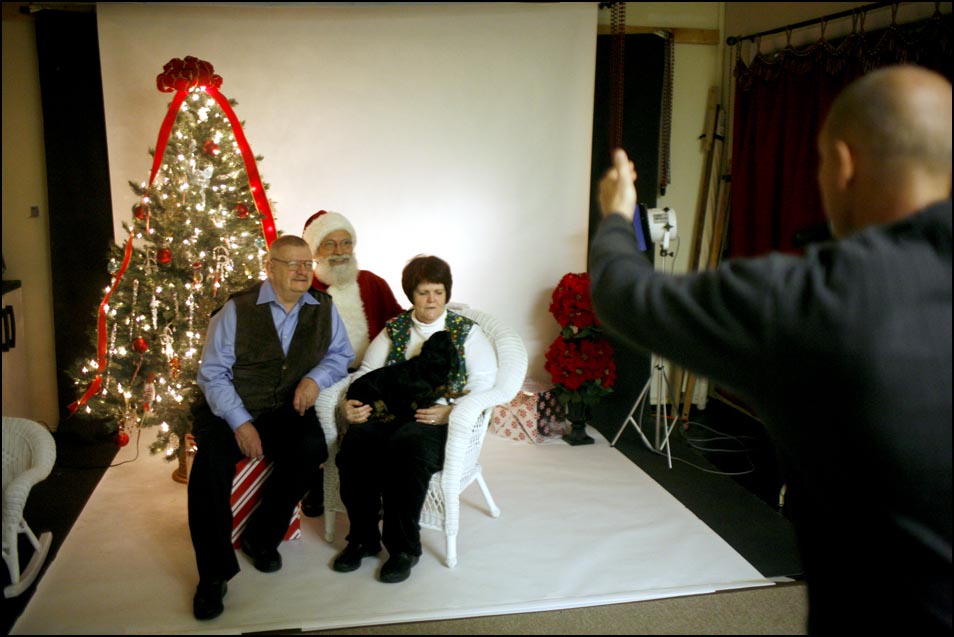 As people trickled in, I mostly shot moments like this picture. It wasn't as
varied as I hoped, and the sittings were pretty quick. 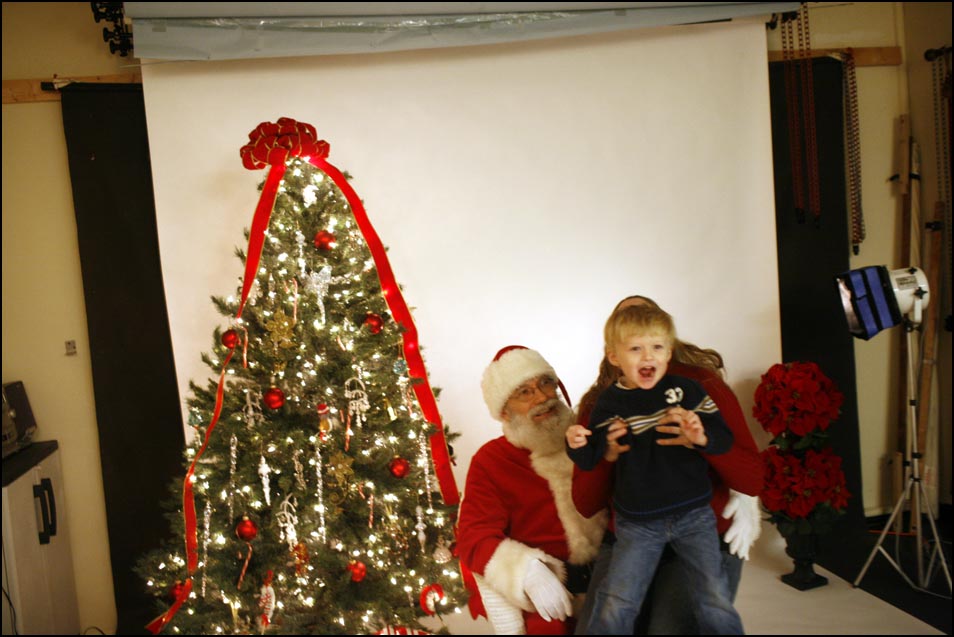 Finally, the last appointment of the day was a mother who brought her son in for a pose. They finished and she asked her son to wait in the other room. She giggled a little bit and asked Santa if he would do a different kind of pose with her. He agreed. I was a little surprised they let me take the picture, but I think it's because I had been there all day with Santa that he didn't even seem to notice I was there. 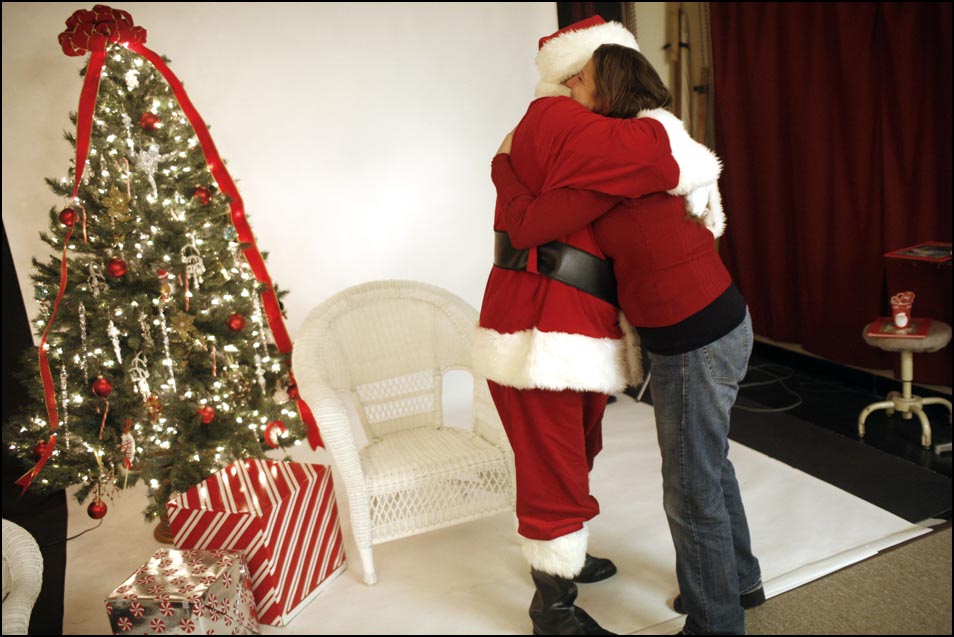 It gets back to the old statement, "Get there early and stay late." I've heard it a
million times, but it's important to remember this, even for the seasoned photographers.

You never know what'll happen if you just hang out long enough. Trust develops
and guards drop, and who knows what will unfold. Merry Christmas everyone,
and thank you for your support!

++++
Next week we'll take a look at this historic image taken this week by Brian Clark: 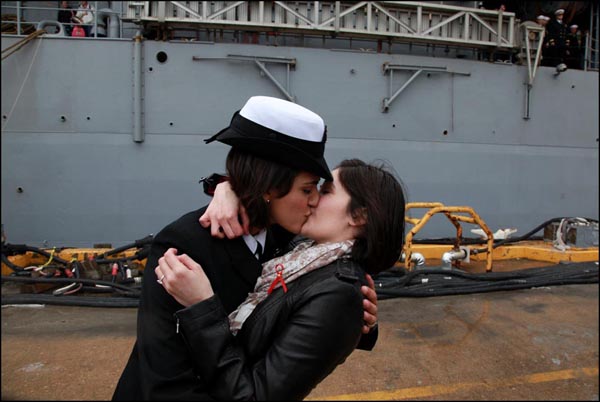 If you have any suggestions or if you want to interview someone
for the blog, contact Ross Taylor or Logan Mock-Bunting: