Use The Flow, Luke

At the risk of sounding too much like Yoda, I think
there is a flow of energy, a flow of behavior in everything.

I was on a hike once, watching the flow of a river, and
it hit me that human behavior has flows as well.

These flows have entry and exit points, just like rivers.

When we photograph people, we also enter into flows
of their behavior. I was thinking about it for TID's
discussion about this picture. 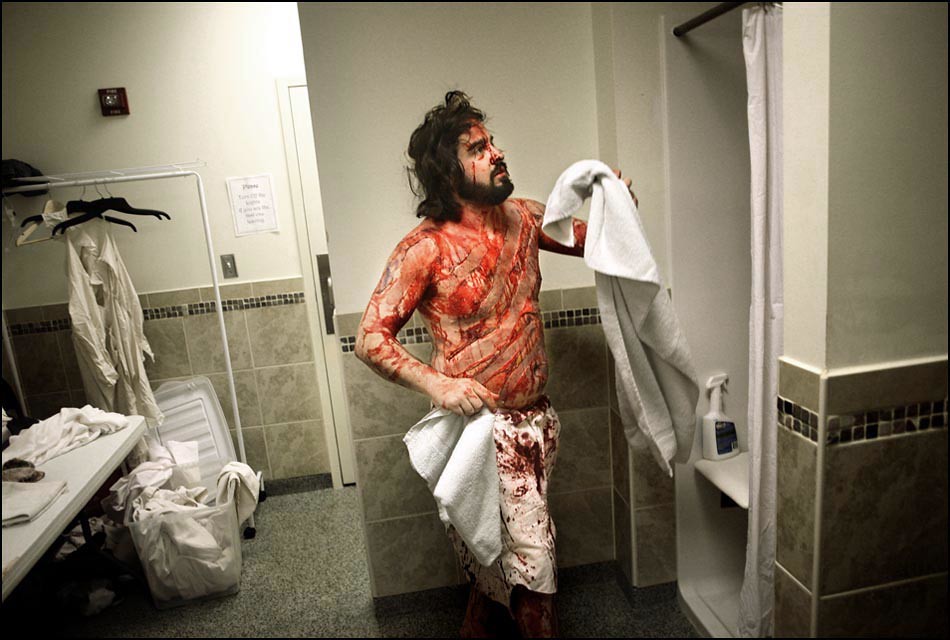 My assignment was to photograph a church play that
recounts their impression of the life of Jesus Christ.

I arrived before the beginning of a rehearsal, because
I believe that whenever possible, it's better to be at the
beginning of a flow. Psychologically speaking, you become
embedded into the flow, and generally you're granted
greater access as a result.

I knew I wanted to make an image of the Jesus character
backstage getting ready, so I arrived in the dressing room
before he did. Once he got there, I introduced myself
and let him know my purpose. He then agreed to it, and
upon this, we entered the flow together. If I came later, after
the flow of his behavior began, there most likely would be
more friction, and less access.

I think this is important to realize when photographing.

Lets take a look at the following images. Notice that their
are other people involved as well. Because the Jesus
character, the star of the show, had signed off on my
presence, I was then accepted by the others into their flow. 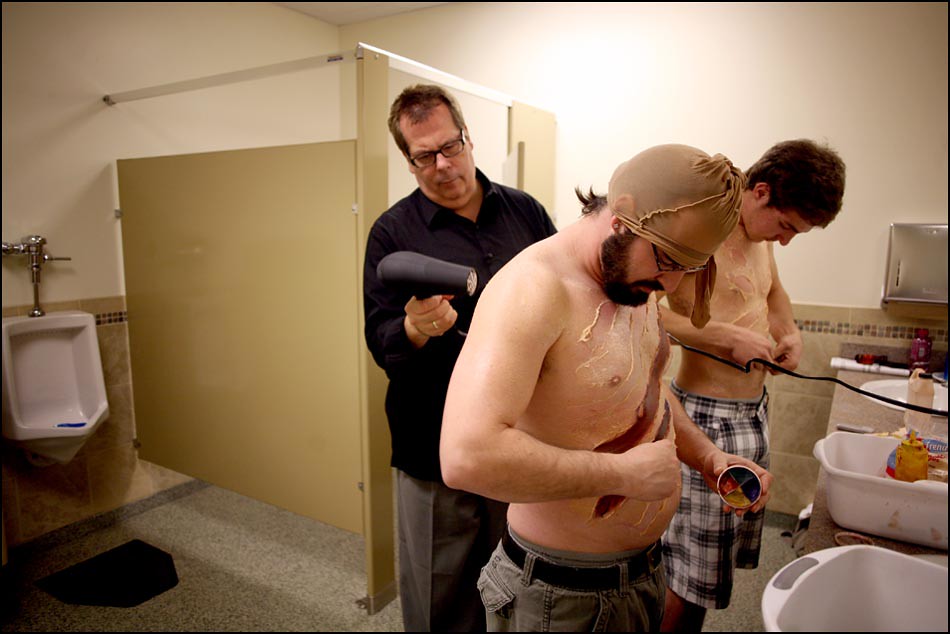 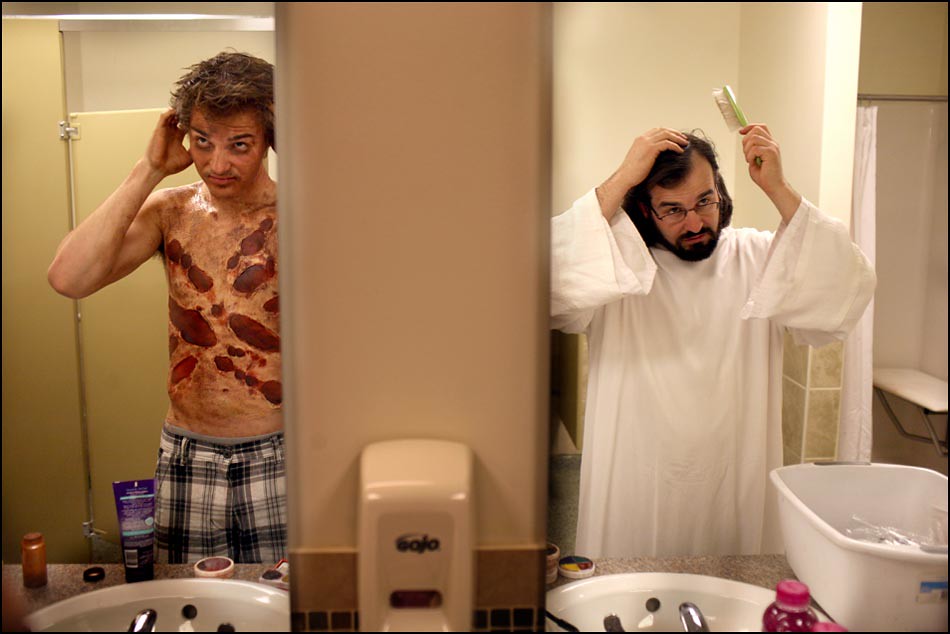 Lets also think in terms of physical restrictions to flows of
behavior. I have mentioned Eugene Richards before as an
inspiration to me. I once read that he often spends the night
with people he documents.

Now I can understand why.

If you're already within the flow of someone, inside
their home, with their experience, it's easier to document
than if you have to cross a physical barrier (i.e. knocking
on their door) 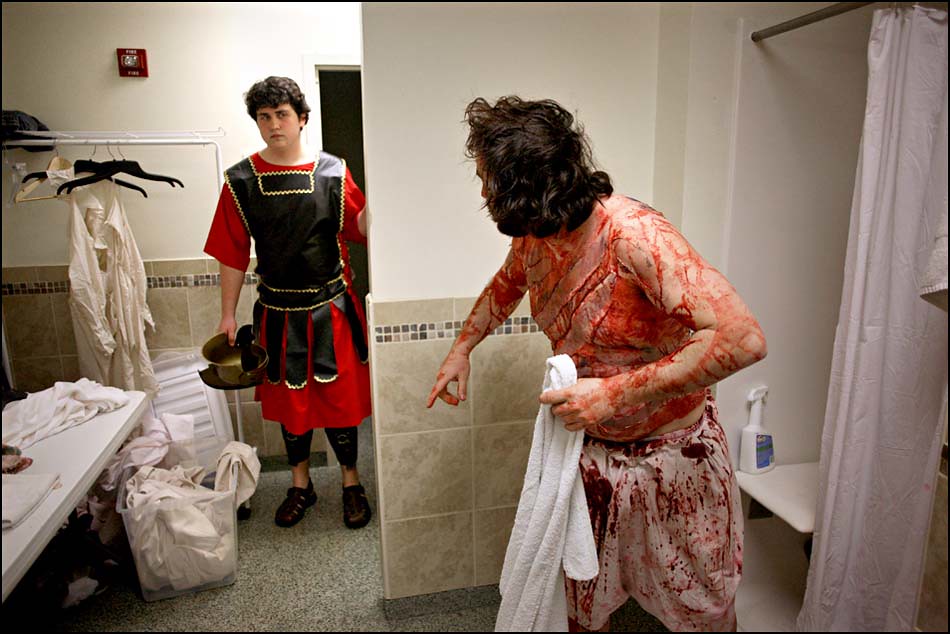 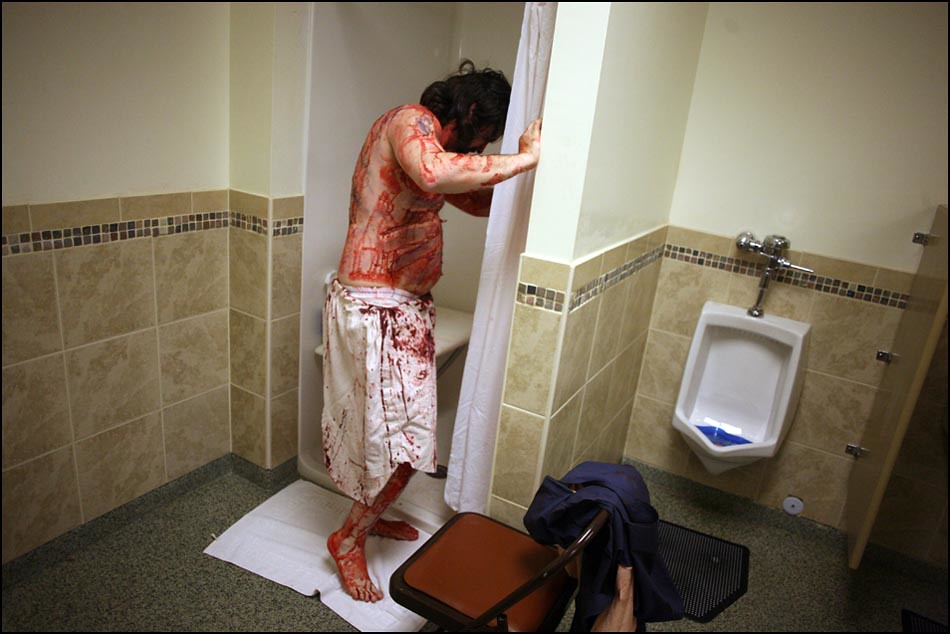 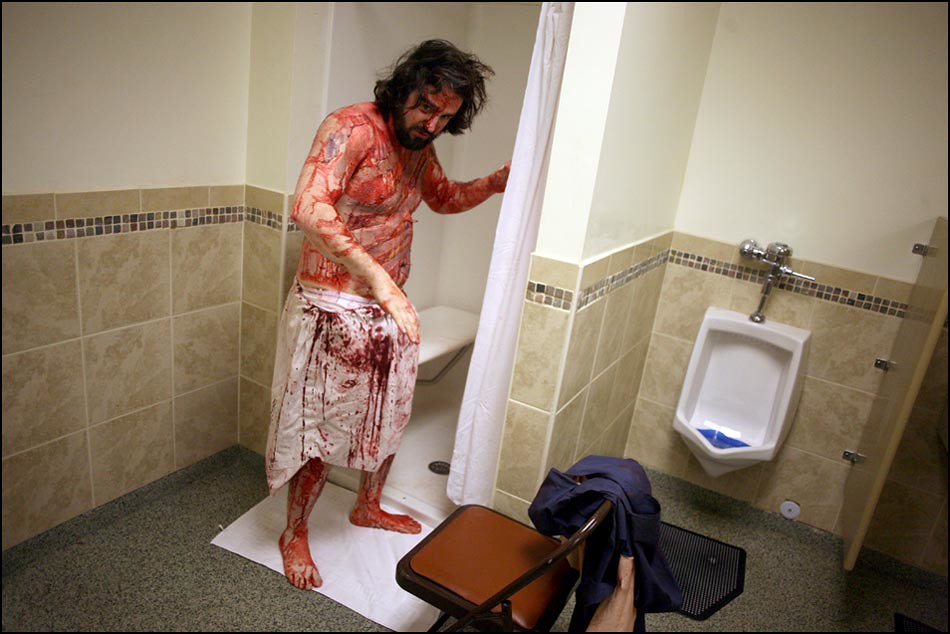 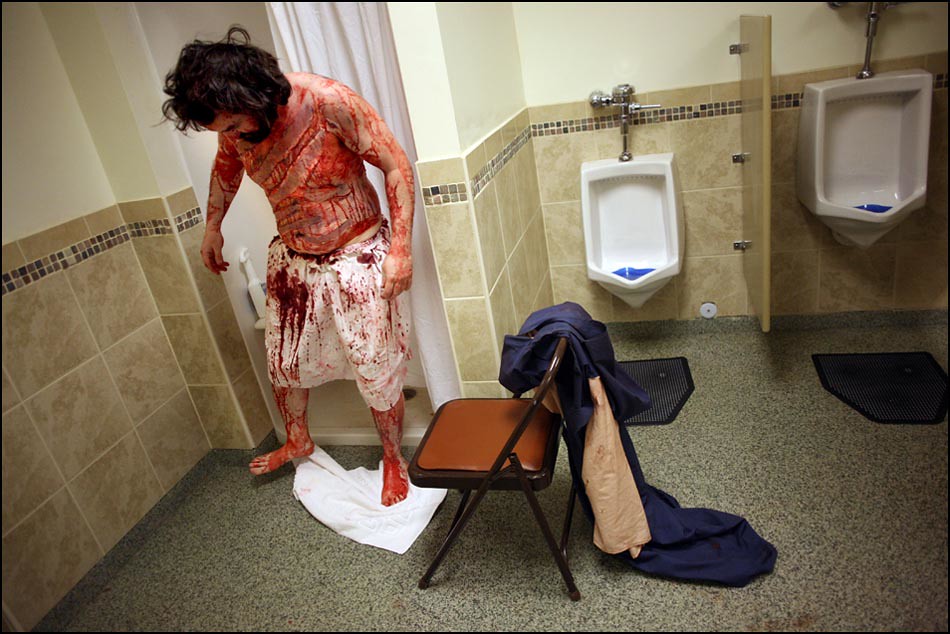 I think it's a great mental exercise to approach situations
with the flow concept in mind. Push yourself to recognize
proper entry and exit points, and how to enter with the
least friction as possible.

When you're within the flow of someone's experience,
greater access, and intimacy, will almost always occur.

Next week on TID, we'll take a look at this compelling image made by Preston Gannaway: 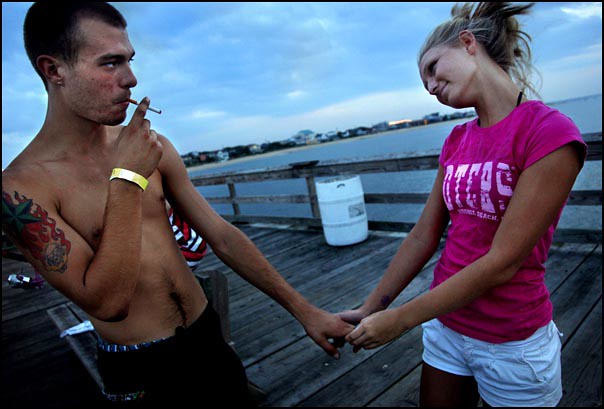