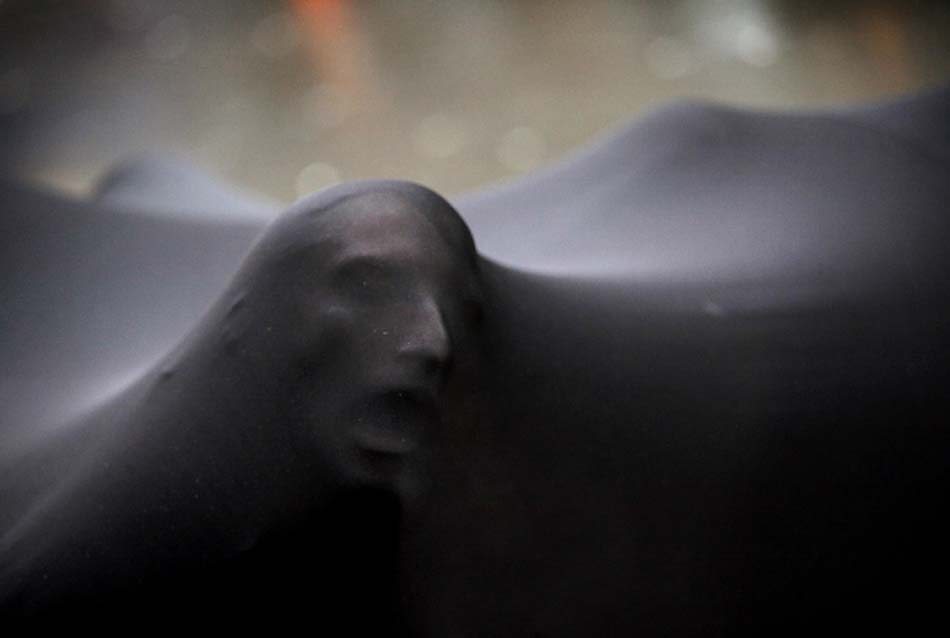 TID:
What an interesting image! Please tell us a little of the backstory.
SARAH:
First of all, thank you so much for this opportunity. Love TID. Getty had hired me to cover the latest Occupy Wall Street protest in San Francisco.  The Occupy movement was very strong in the Bay Area, especially Oakland, and I had been covering marches, demonstrations and rallies for months.  Sometimes they got violent, sometimes not, sometimes they massed thousands and went on well into the night, sometimes they were over before they began.  You never knew which to expect.  This day in particular the San Francisco branch of Occupy had organized Occupy Wall Street West, in conjunction with the Occupy Wall Street demonstrations planned for New York City that day.  They planned to disrupt the banks in the financial district. 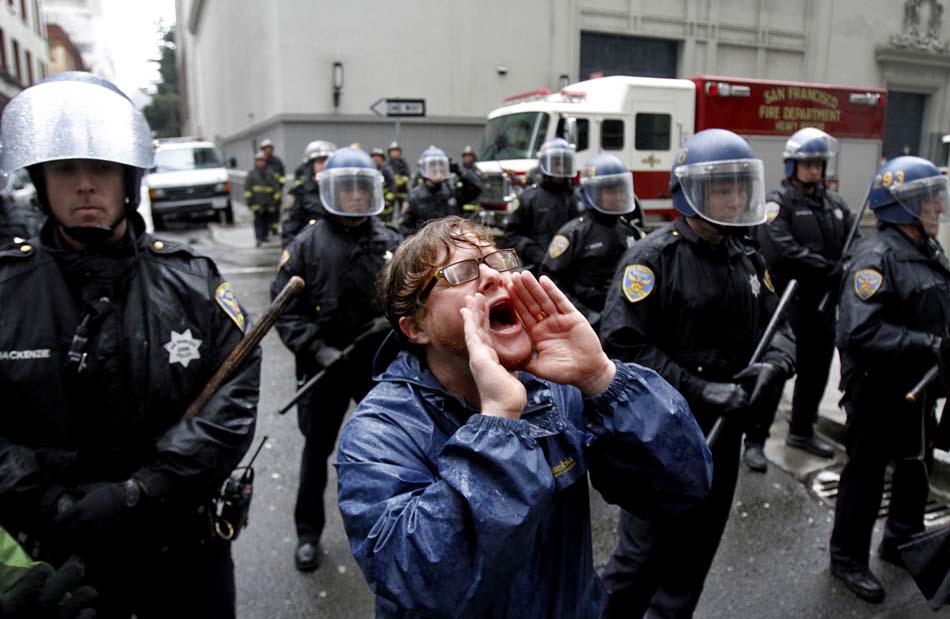 TID:
How did you prepare for this shoot or what did you do to put yourself in place to make this happen?
SARAH:
The Occupy protest was scheduled to start at 6 a.m. in conjunction with when the protests started in New York. I got there when it was still dark out, and started making the rounds of the biggest banks in the financial district, where I expected the protestors to be camping out.  When I'm working for a newspaper on assignments like these, I'm usually coordinating with a reporter, staying in touch and finding out where the action is.  For a wire service, you're more on your own.  I'm always trading information with the colleagues of mine I run into on the street.  Some have scanners and we're all following the Occupy people on their Twitter accounts.  I think everyone thought this might be a huge event, so everyone had a shooter there.  It's just about making sure you're physically where the action is.
TID:
What challenges did you encounter and how did you overcome them? 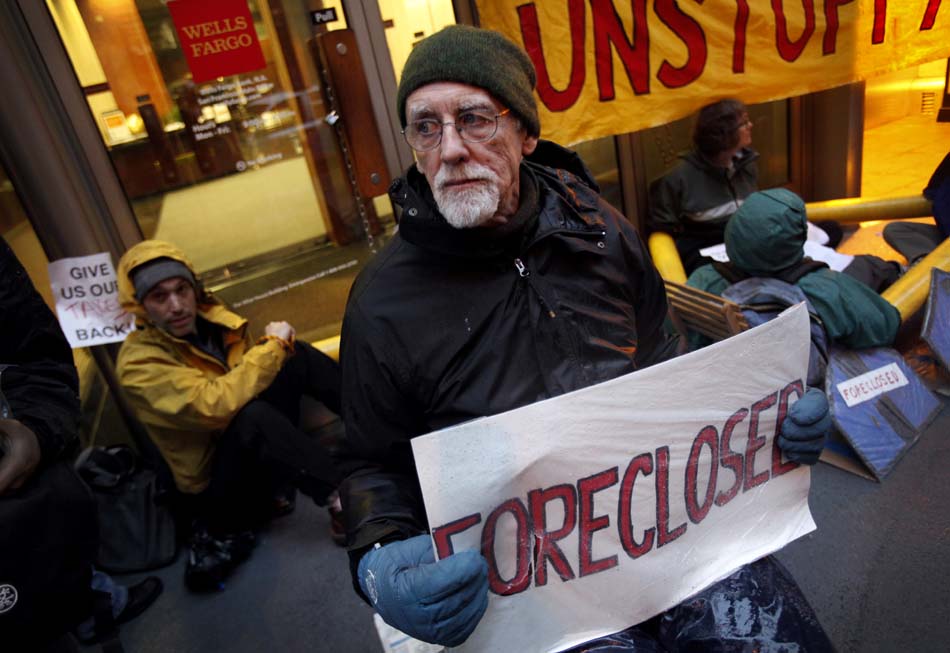 SARAH:
It's easy to end up taking the same photos when you're covering something like the Occupy protests frequently. Staying fresh is a challenge, as is looking for new ways to shoot the same things. There's so much strong work that was coming out of all of these protests and you want to come back with something different.  In addition to being in the right place mentally, there's the physical part -- trying to be in a place where things are happening, not missing the key action, and not getting mowed down.   At Occupy events there always seems to be a contingent who don't want you there shooting or people who are angry at you for representing corporate media.  You have to do your job regardless, and not let them stop you from shooting or intimidate you. 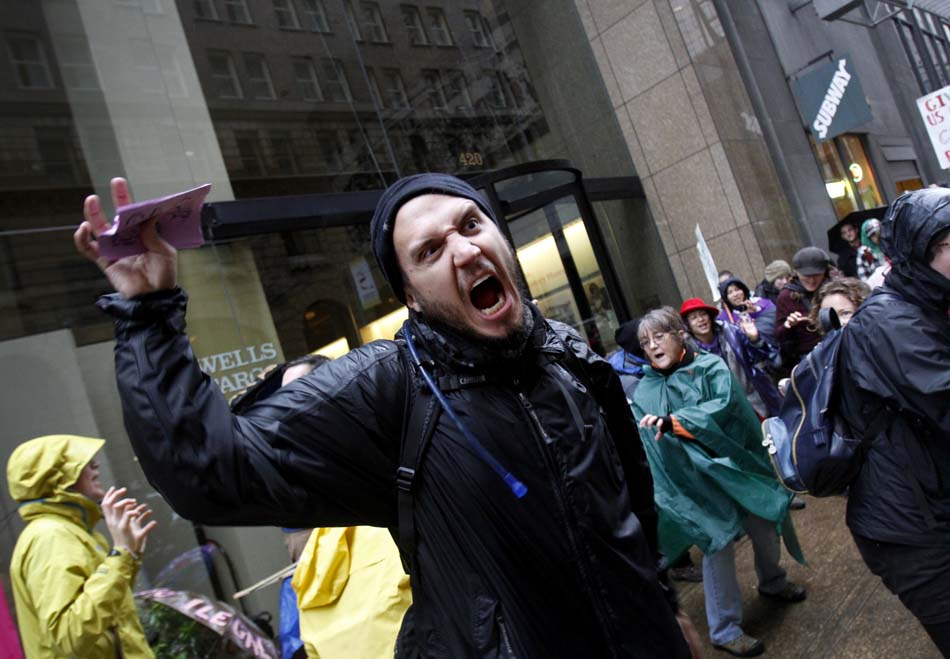 TID:
Now onto the moment. Can you talk about the circumstances leading up to the moment?
SARAH:
Sometimes the biggest challenges in a given assignment are my own habits.  It helps to force yourself to do something different, keep an open mind and look for photos other than what you've seen and what you've imagined.  I definitely shot a lot of photos along the lines of what you'd probably expect from protests, but I was happy to have this one to round out the package.  In this case, it differed from the rest of the take obviously because of the subject matter, but also because of the lens.  The blob moving down the street was a nice deviation from how the rest of the protest looked.  I started following them and originally shot it wide, to try and show how out of place it looked against the backdrop of the financial district, but also because I tend to shoot wide.  The wide shot didn't work though, it ended up being too busy.  I brought up my other camera to isolate one of the faces in the blob, who seemed to really be getting into his performance more than the rest.  Even though I always shoot with two bodies, with my long lens on the second, grabbing my other camera isn't something that happens a lot.  I'm glad in this instance it did.
As far as safety, the crowd of protestors was pretty open to the media, so I didn't feel unsafe at any point while I was following the blob.  I just had to be careful not to get run over from all the traffic in the financial district as I stepped into the street to shoot.  For the most part, protestors have been cool when I explain who I am and why I'm there.  If they don't let me do my job, they're actively keeping people from finding out what they're protesting against. 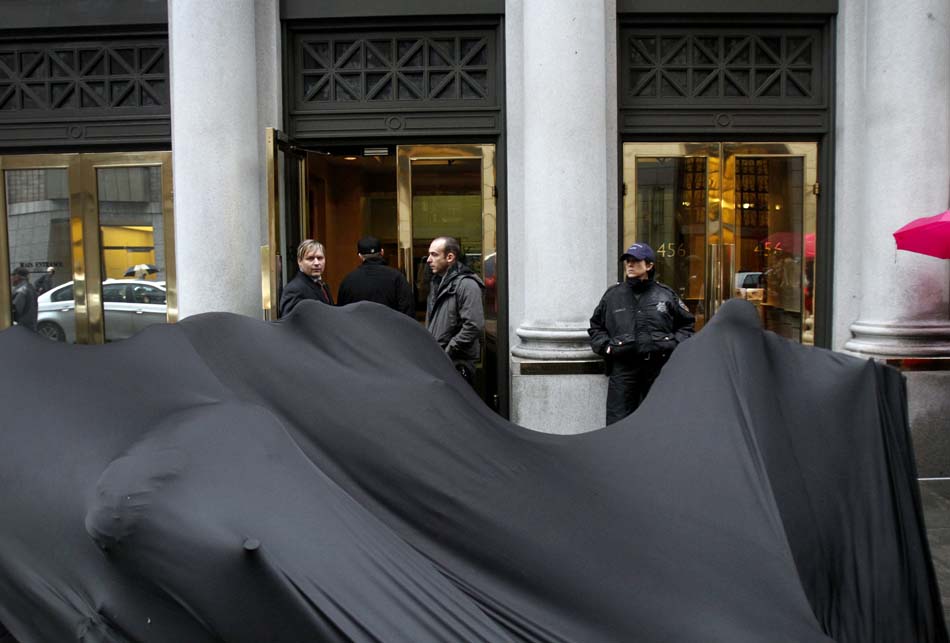 TID:
What surprised you about the moment that you weren't expecting?
SARAH:
If it was another city, I probably would have been surprised by this strange lurching human blob slithering down the sidewalk.  But this is San Francisco.  Much stranger things happen on a daily basis.  So visually it wasn't out of the ordinary for San Francisco.  I guess the surprising thing was having the opportunity to really sum up this protest with such an anonymous face.  Generally at a protest if someone is yelling you can see their face, or at least their eyes through a bandana or a mask.  These faces were completely covered, which drew you much more to the anguish they were expressing. 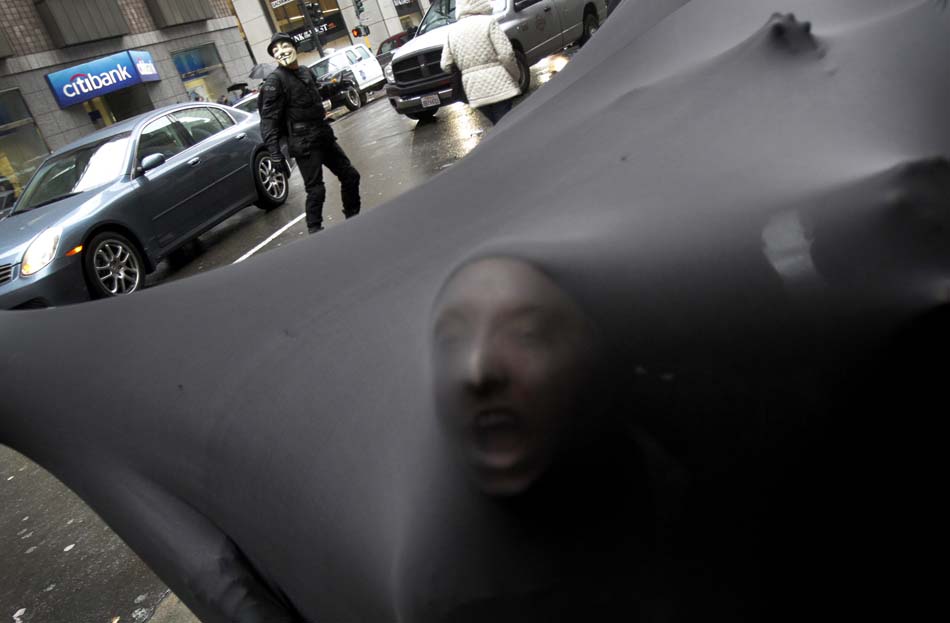 I think that's why this photo kind of caught on, and got some play in some of the end of the year photo recaps: it can represent the 99% and their frustration, without distracting you with a specific individual or scene.  The other surprise was actually the next day, when the guy whose face it was sent me an email saying he recognized himself, and thanked me for the photo.  I was shooting for Getty, which means the photo was widely distributed, and he was super happy to see his face and performance turning up everywhere.
TID:
What have you learned about yourself in the process of making images like this?
SARAH:
I'm not a combat photographer by any stretch of the imagination.  I came up doing community journalism in Michigan, and I can't even think of one instance covering a march or protest where it turned into the kind of violence that the Bay Area has seen from Occupy. I think mainly I've learned to always be completely alert.  I don't possess strong natural instincts for situations like these, so consistently shooting protests has trained me a little more.  I've gotten better at reading crowds, and hopefully, better able to understand when things are sketchy and I need to worry. 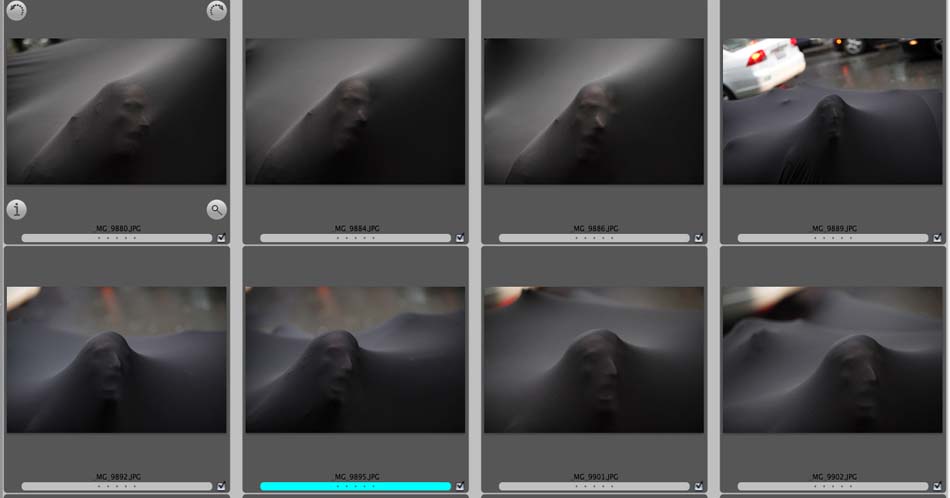 It's so much easier when things are intimate to know how people feel about a camera. When it's just you in someone's living room and you can read their face and body language to gauge the situation, things are pretty clear.  Dealing with a crowd of people who may have a mob mentality and emotions are running high, is a different story.  I've also learned, hopefully, to get back into the habit of using my long lens more.  I'm really comfortable with the intimacy of a wide angle.
TID:
In conclusion, what advice do you have for photographers?
It's never a bad idea to go outside of your comfort zone. It's easy to put yourself in a box -- to think you're a certain type of photographer and you should shoot a certain way.  But what you might think defines your style can also constrain you.  A strong sense of identity can be a good thing, but you should also allow yourself the opportunity to surprise yourself. I'm one of those photographers who doesn't like to approach a situation with any preconceived notions.  For me they just get in the way. I like to keep an open mind and a clean slate.  Also, hustle.  This may seem like an obvious thing, but just in case.  If you're not moving and seeing and shooting you're not growing.  Don't just stand there.  I love when I run into very accomplished, award-winning veteran photographers on assignment, and they're hustling like mad.
:::BIO::: 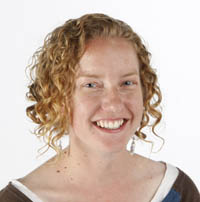 Sarah Rice finally wised up and moved to San Francisco, where she is a freelance documentary photographer.  She previously was a freelancer in New Jersey, a contract photographer at the Star-Ledger (NJ), and a staff photographer at the Kalamazoo Gazette (MI).  She graduated from Central Michigan University for photojournalism in 2004, where she was super lucky to have gotten schooled by Steve Jessmore.  On Mondays you can find her scouring the city for the best bowl of noodles.
You can see her website here: www.sarahricephotography.com
Her Instagram is :  verywhiterice
EDITOR'S NOTE:
This week's post was a guest interview done by Matthew Busch, an editorial photographer who just finished interning at The Herald. He graduated in 2012 from the University of Missouri.
website: www.matthewbuschphoto.com