EDITOR'S NOTE: this interview was conducted by Brian McDermott (thanks, Brian!). If you're interested in doing a guest interview, please contact Ross Taylor: [email protected]. 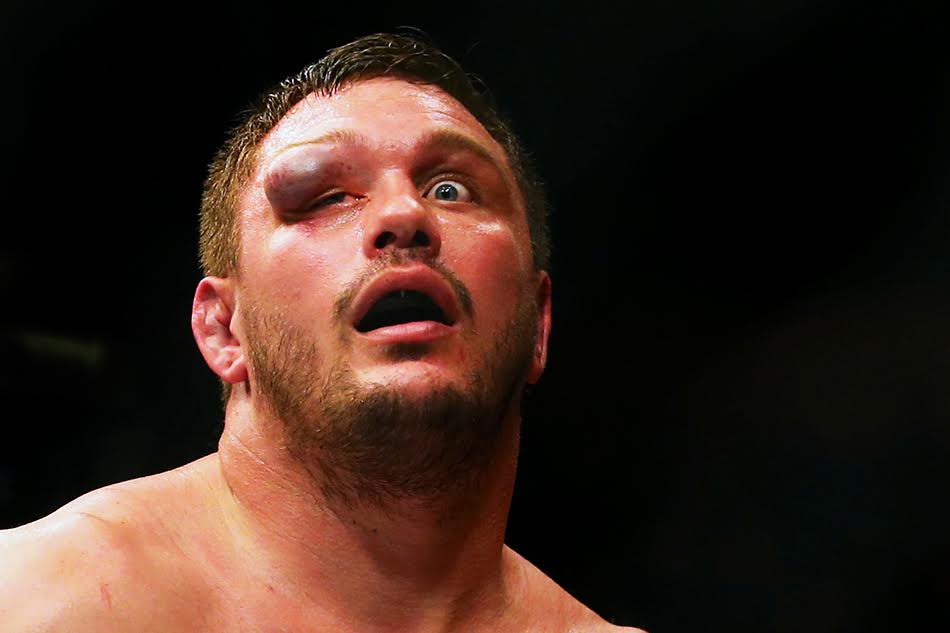 Caption: Matt Mitrione reacts after his heavyweight bout against Travis Browne (not pictured) during UFC Fight Night 81 at TD Banknorth Garden on January 17, 2016 in Boston, Massachusetts.
TID:
Maddie, thanks so much for doing this. You’ve shot professional sports around the hemisphere as a staff photojournalist for Getty Sports in Boston. Can you explain the backstory of this particular image, and why it’s the one you chose to discuss?
MADDIE:
Sure. This was the first time I’d ever shot UFC. I’d shot boxing a few times, which I really enjoyed, but though there are a lot of similarities, UFC is different in a lot of ways. So I didn’t really know what to expect going into the event, but was excited about it.
When you’re shooting something like this, I always try and look for some details that are telling about the sport. Not knowing really what to expect going into UFC, I was trying to find a cool detail. And I was happy– I don’t want to say happy, because he got the shit beat out of him!– but it was cool to find a physical detail like this out of such a chaotic event.
I think it’s easy with sports to get into a bit of a grind, and just really getting done what you have to get done, looking for that action, sending it.  But I always try to think, if I’m at an event, how I would describe it to one of my friends, or a family member. What are the things that are interesting, or would stand out? I try and think too about what would stand out to someone who’s not around professional sports all the time. Some unique things become pretty regular to me just because it’s my day to day.
For example, the Ring Girls, that’s just something kind of interesting to me. I was sitting next to them kind of keeping an eye on them. I always think it’s funny when somebody’s at this big event– you talk to some people who say “what I wouldn’t do to be ringside or courtside”– and then you see the people who work there on their cell phones, they’re checking their Instagram, they’re doing Snapchat. I just think it’s a funny little moment. I like looking for that sort of thing. 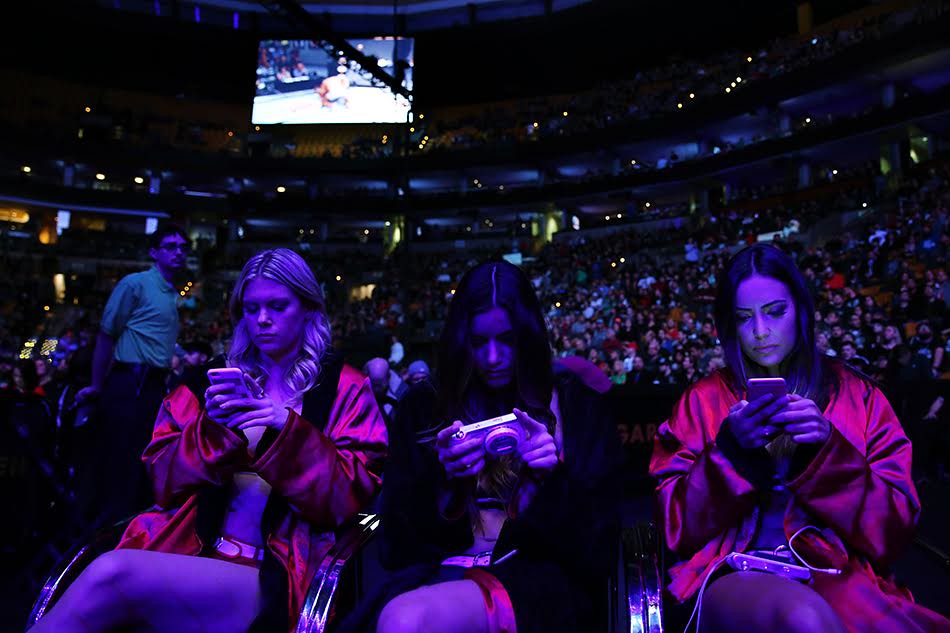 TID:
And how do you balance capturing those kinds of unexpected moments and details with the need to get straightforward action shots?
MADDIE:
I think it really depends on the event. Frankly, sometimes I don’t feel like I have time to be looking for other stuff if it’s something that’s really high pressure. I can’t be missing the game winning shot at a NBA Playoff game because I think that one of the fans has cool face paint.
For this event in particular, I felt lucky because one of our editors was there with me. Usually for an event like this, in between each bout I’m editing, I’ve got my laptop in front of me and I’m really working my ass off to try to get pictures out immediately. For this, I was lucky because my editor was sitting close by and I just handed off my card, so he was working up the pictures while I was able to look around and digest it a little bit.
TID:
This was the first time you shot a UFC event. But what strategies have you developed to keep yourself engaged if you’re photographing, say, your 50th Red Sox game of the summer? 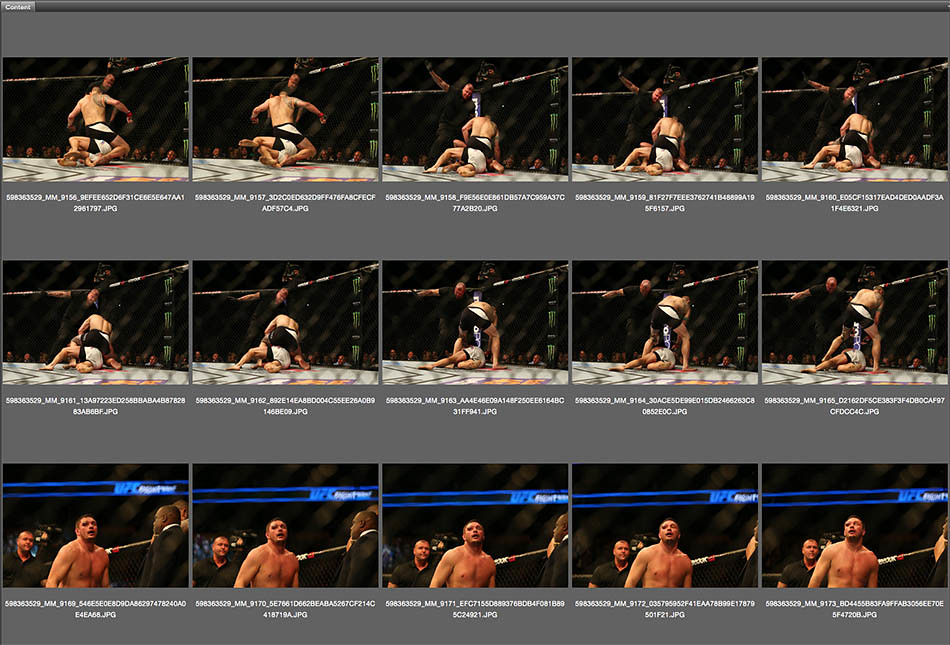 MADDIE:
First of all, I look at a lot of other people’s work to try to find new and different ideas. Sometimes I get so stuck in how I shoot, and seeing how somebody else might shoot it inspires me. I definitely try and challenge myself to find different angles or think about light differently. It gets more challenging for things like hockey and basketball, personally, just because they’re inside.
With something like the Red Sox, OK, how does the light at home plate look from the 3rd base side? How does it look from the second story of the stands? Or thinking, hey, these players are really in the news a lot right now, there are a lot of stories about them, can I make some portraits?
Sometimes it is challenging if you’re shooting a lot of the same thing over and over, but I just try to make mini-assignments for myself to try to make something different.
TID:
You have a staff job with Getty, can you talk about the path to this position?
MADDIE:
I got my staff position at Getty after an internship working for Getty Sport out of New York Fall 2013 - Spring 2014. While I was an intern I never thought getting a job at Getty was a possibility. I tried to get the most I could out of every assignment, and learn from the staff photographers and editors. I worked like crazy but had so much fun, I really felt like I had found the place and people I fit in with in the industry.
I think having a good work ethic and being a team player are really vital qualities in an intern or employee. Showing up early, staying late, and helping members of your team are all things that people remember. I think students should do as many internships as they can. There's something to learn from every assignment or co-worker, and the more experience you gain the better.
TID:
You’re 24. How does being young help your craft as a photojournalist? Does it ever make your life more difficult? 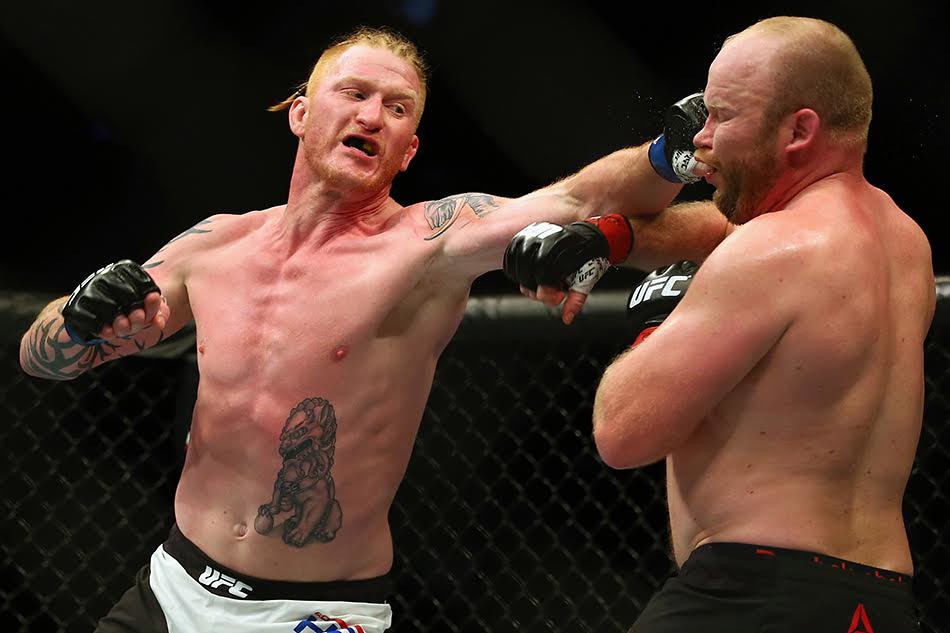 MADDIE:
One thing that’s cool is that a lot of stuff is still really new for me. I’m not sick of anything that I do– it’s all really cool and exciting to me still, which is great. I think there are some situations where being young is great. For example, if I’m at the infield at the Preakness, I look like I could pass as a college kid. I can kind of fly under the radar for that.
On the flip side, it’s not necessarily my age, but my experience that can work against me sometimes. I work with so many people who have been in the industry for so long. I think sometimes I’ll be at an event and a lot of my time is spent thinking about logistical stuff because it’s new.
Maybe I’m not sure who to talk to, or sure how exactly things work. Whereas when I’m with some of my colleagues who have been doing this for 20 years, they’re really just thinking about the pictures because all of the logistical stuff is so ingrained that they don’t even have to think about it anymore. That’s where, obviously, the experience pays off.
TID:
What’s the best piece of advice about photojournalism you’ve ever been given? 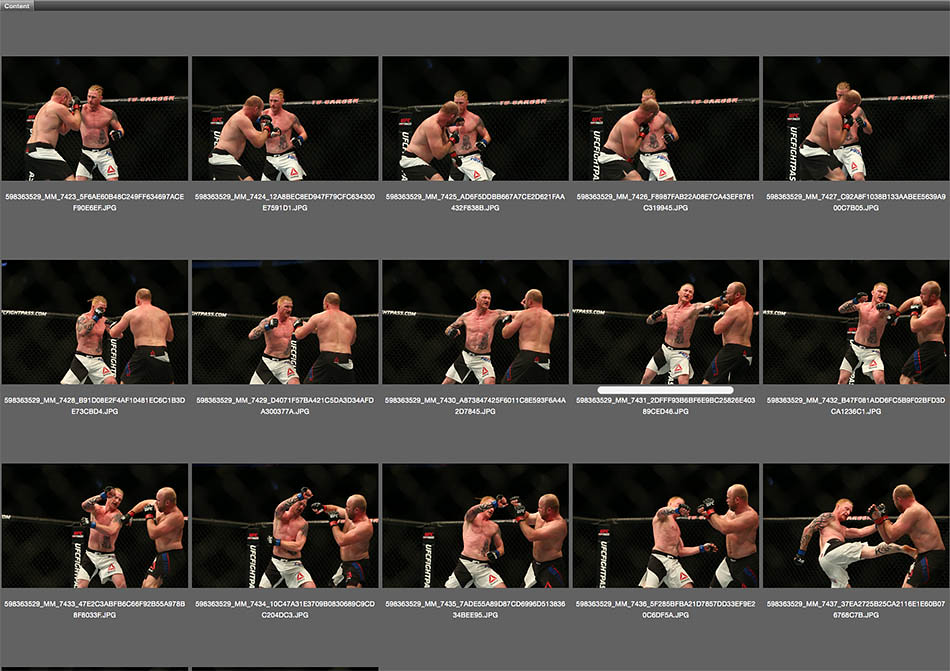 MADDIE:
I think it’s funny, because it doesn’t have to do with shooting per se. My mentor growing up was Doug Mills, who is at the New York Times. He and many others have given me really good advice about composition, and how to photograph events, which is great.
But the kind of thing that spans everyth that I remember is when I was shadowing him in high school. He was packing up his bag for the day, and he told me, “you always bring extra batteries and you’re always prepared, and you don’t bring extra batteries for yourself, you bring it for your friend who forgot to charge theirs.” He’s like, “you should be on top of it, you should have all of your stuff charged and ready to go, but you gotta be there to help other people even if they’re not working with you, because you want them to help you when you need it.”
I think that it can be tough sometimes with wires because most of the time I’m not working with people who work for Getty, I’m working with people from AP or the Boston Globe or the Boston Herald, and it’s really important to me to get along with those guys. It makes my job fun. That’s what stuck with me: really making an effort to be a team player.
TID:
It’s like the photojournalism golden rule.
MADDIE:
Totally.
:::BIO::: 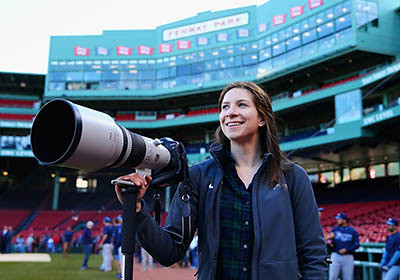 Maddie Meyer is a staff photographer for Getty Images based in Boston, Massachusetts, specializing in sports in the New England region and beyond. After completing a bachelor of science in photojournalism from Ohio University she joined the Getty Images team in January of 2015.
As a student, Meyer interned at The Washington Post, The Seattle Times, and Getty Images in New York. Her favorite assignments are those that combine her editorial background and love of sports, and her work is continually published in major metropolitan daily newspapers, magazines and websites worldwide, including ESPN, The New York Times, Sports Illustrated, and The Washington Post, among others.
ABOUT BRIAN:
Interviewer Brian McDermott is a visual journalist and a Senior Lecturer in the Journalism Department at the University of Massachusetts Amherst.