TID:
Thanks for taking the time to share with us. Please tell us a little about the image.
COREY:
First off, thanks for inviting me to share an image here on The Image, Deconstructed. It's an honor and truly is one of the great visual blogs
that inspires so many. I was assigned to shoot the San Francisco Giants Single A league baseball affiliate, The Augusta GreenJackets. I was
also supposed to photograph the Independence Day fireworks at the ballpark. 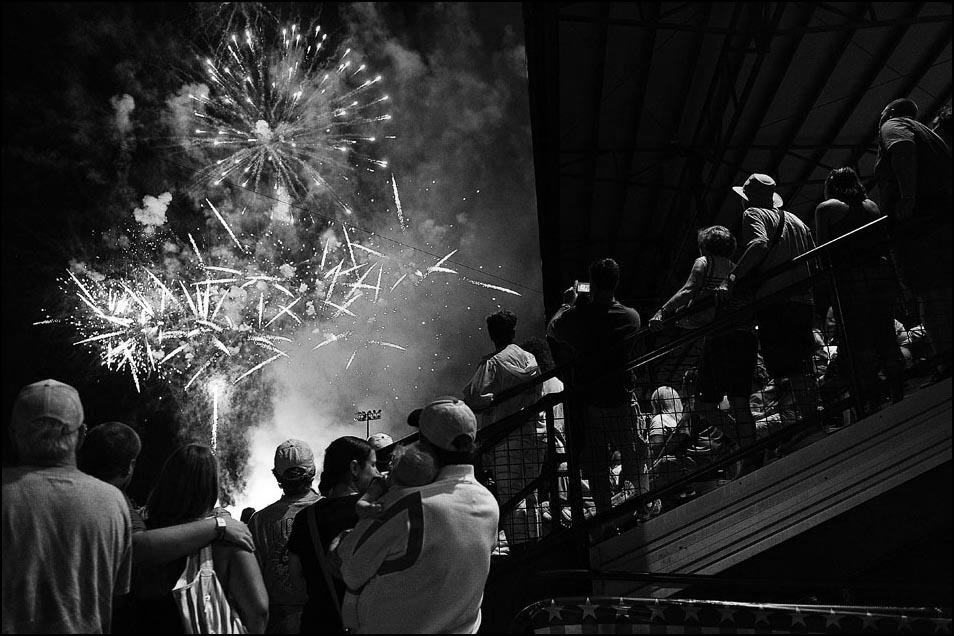 It was July. Hot. Sticky. It was a typical Southern evening, a routine assignment.
This image was one of the most surprising images that found me in 2010. I say "found me," because most of the time as a photojournalist
you are looking to find pictures/moments. And in this case I was looking for baseball action. However, on this rare occasion, the image sat down
next to me. This fall-in-your-lap opportunity has only happened a few times in my career. 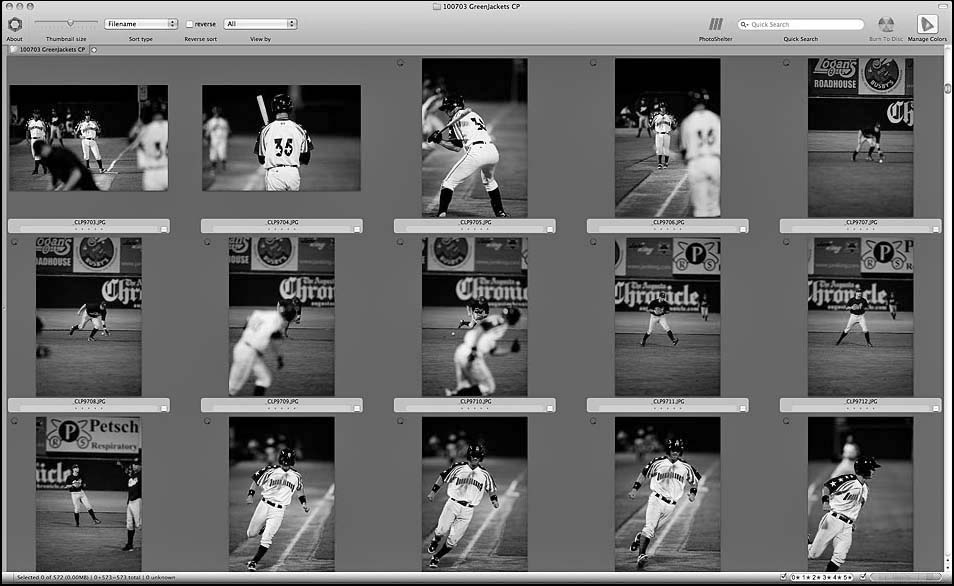 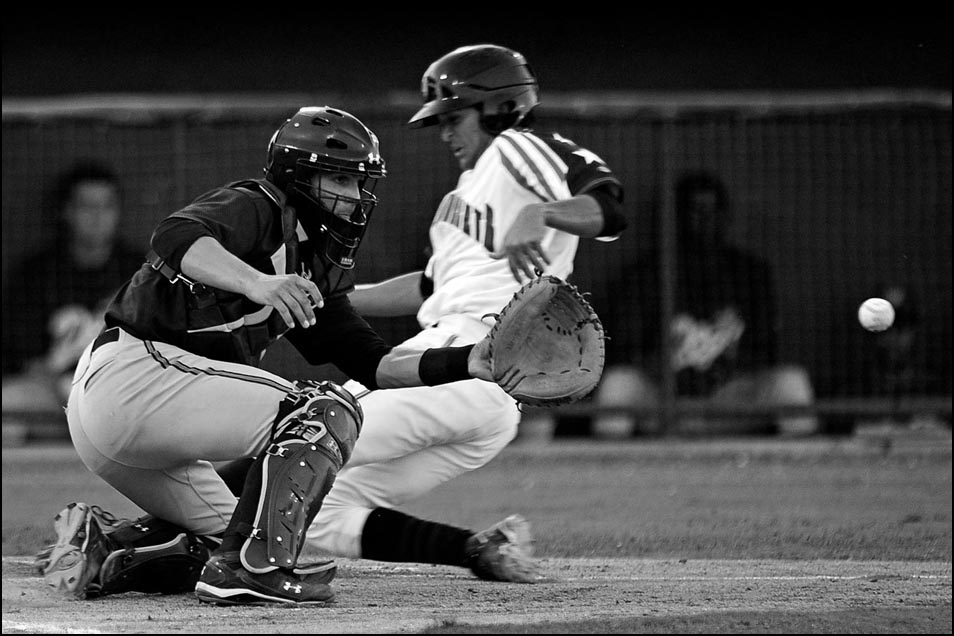 TID:
Do you approach sporting events with possibilities like this in mind? If so, how do you balance shooting the event, while looking
for moments off the field?
COREY:
There's no difference to what I'm looking for in sports, features, news or projects. I'm always actively seeking out the unique, the wow, the
emotional, the whoa, the cool, the aww, the surprise, the ouch, and the things that matter to the heart. It's just what we photojournalists do,
it's in our DNA. We cover life, death and everything else in-between. With time permitting, I always try to construct a story even if it's
a "single frame event."
Balance is found when you accomplish the main reason you're there. Get your butt covered for the paper, like sports action in this case, then
expand out from there. The earlier you get your "safe shots," the sooner you can get to try new things, tell a story, go to that corner of the stadium
you've never been before, lay your head down against that rail you've never noticed, sit next to that person who's making all that noise. Not all
assignments yield the time or imagination but it's always worth the try. The challenge is to be unique everyday even if you've been to the same
place a thousand times. 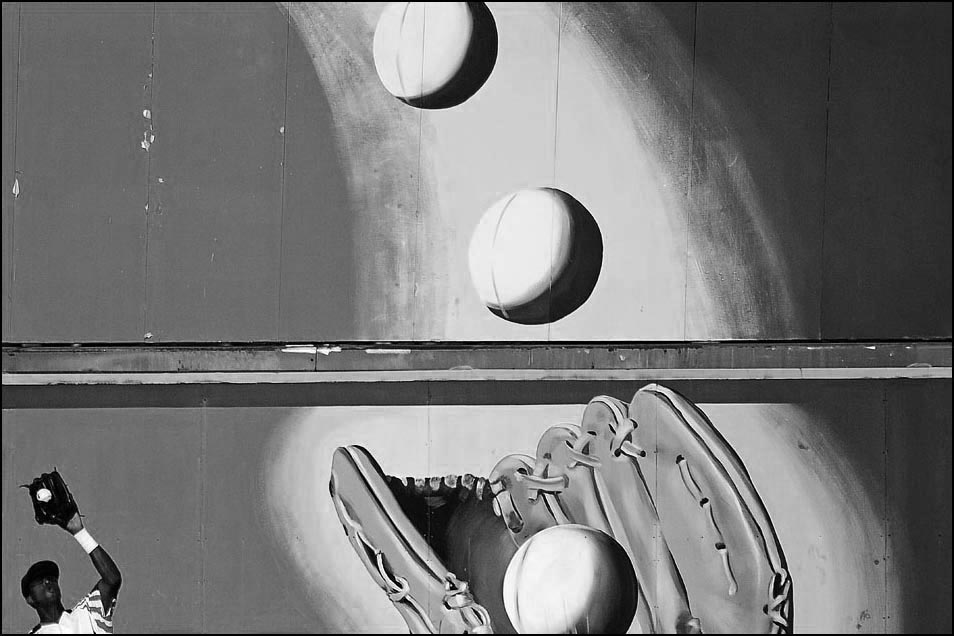 TID:
Now onto the image. Why did you decide to focus on the child and not the game?
COREY:
A young fan squeezed by me. ShaMyon Green, 8, of Augusta. He sat down and kept to himself. He was quiet and didn't say a word.
Time went on and I thought nothing of him. He was like most in passing, another friendly stranger. After about three innings, and a
hundred frames later, I could tell he was no baseball fan. He was bored, and I noticed him kicking the side of the dugout with his foot.
I heard a thud, coming from his foot. "Thud, thud," I heard as he kicked again. I glanced, thought nothing of it, and went back to
work. A batter up, a batter down, a batter up and then THUD. Commotion. The child started crying. He winced in pain, grabbed his foot
and looked for help.
"Hey you okay, kid?" A man behind him asked. "I dunno. I think it's broken," ShaMyon said. The man called out for help. The young boy
looked more shocked than anything else. A few seconds later a woman intervened, "Where's your mom?" she asked. ShaMyon told them
she was working in the concession stand and others went to find her.
By the time I heard the big THUD, and saw the tears, I began shooting from the hip to make sure people in a sensitive situation would
not be distracted by the camera shutter. No one even looked at me. Due to the circumstance, I became "invisible." I felt for the boy. I
like to think I do what photojournalists do, take pictures now, see what good can come later. The better I do, the more people look, the
more influence that can result. That is the hope. Yes, even at a simple ball game. All assignments count.
I find it much more meaningful to focus on how we can bring to light things to improve to humanity and communities. Whether it be
something so small like ShaMyon's case or something more damaging like a car wreck or fire. I suppose it's always the hope that someone
will be inspired to do something of an event that is unfortunate. I don't enjoy the misfortune of others, I look forward to the progress that
can come afterward.
Seeing he was taken care of almost immediately, I didn't intervene. Had no one been around, without question, I would have helped. 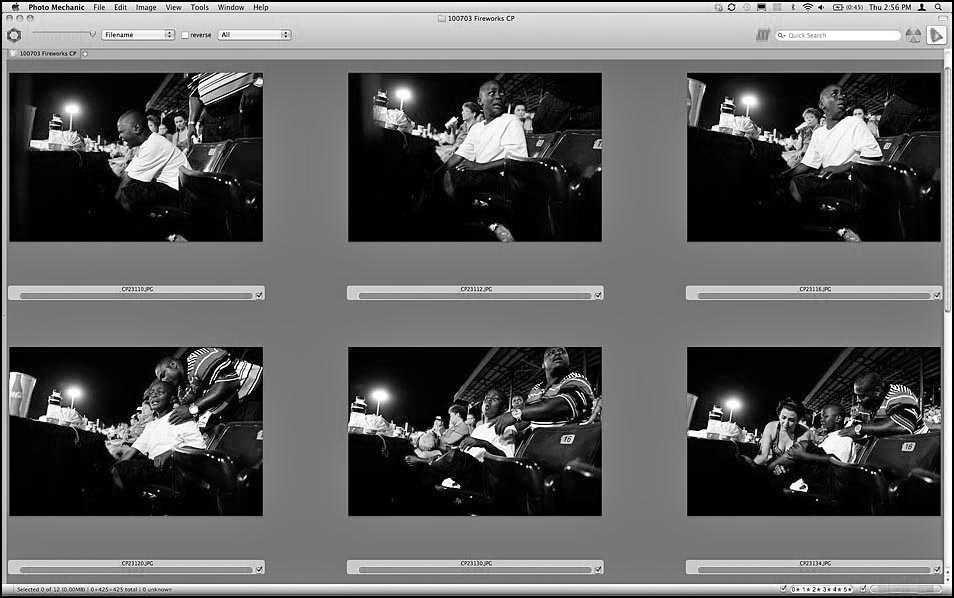 TID:
Was there any negative reaction around you while you made this image? If so, how did you handle it.
COREY:
No one seemed to mind. People were worried about getting the boy help. In sensitive situations I always see first how someone
responds to the sound of a shutter. I never lay on the shutter in cases like this, it could damage the moment. If I'm not welcomed, I give them
space. I loathe taking photos when people don't want me there. I also know there will be a few times in a career you'll have to break that rule.
I'm very selective when to expose a frame. You don't want to be socially outcasted from the moment, you want to tell the story, the
emotion of what's happening. That's always the challenge of good storytelling.
TID:
What ultimately happened with the child?
COREY:
In the next few frames you can see him continue to grab his foot as his mom came to his rescue. A photographer colleague encouraged
me to see if there was more to this story. I went back a few weeks later and found out Renee, was a single mom without a car. No different
than many in Augusta and around the nation just trying to make ends meet. Fortunately ShaMyon had healed. It was a fracture to three
toes. I'm just glad things were okay and he recovered without any problems. 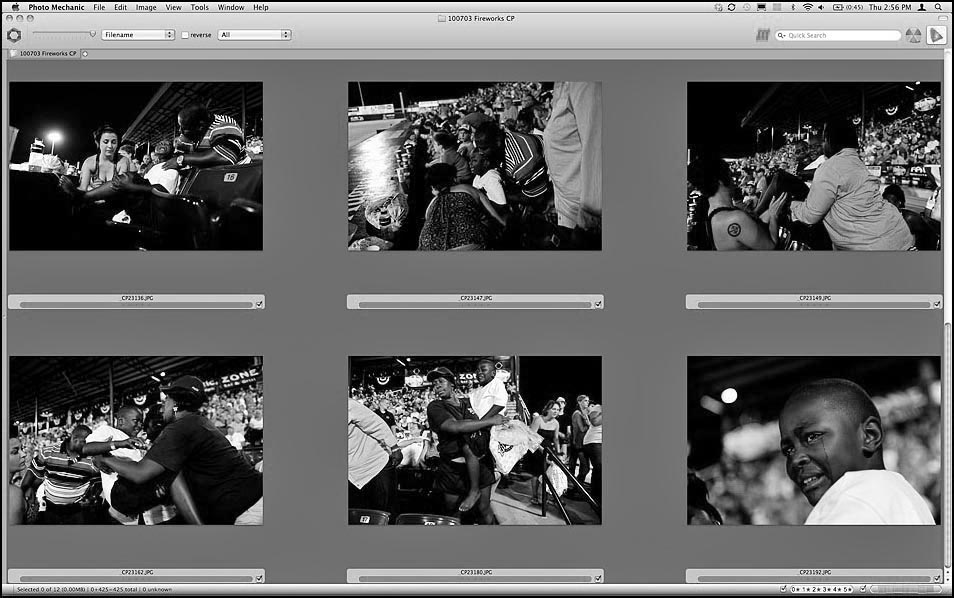 TID:
I'd like to hear your thoughts about how you approach your work in general.
COREY:
I'm interested most in the human response to things. I like to talk little and listen much when on assignment. I like to attempt to become
invisible or become so uninteresting to others around, they don't notice me. I ask many questions when it's time. It's important to be
yourself. Report without "reporting." People are smart and know when you're just going down a list of questions. Be genuinely curious
and interested.
I heard a fellow photojournalist say, "There's a basketball player down on T.V. Why aren't people shooting this?" It makes me think of
getting caught in the monotony of just reporting action, even if it's "just sports." You never know what may may happen as events unfold
around you. What if that basketball player is out for a season? Out for a career?
It's my personal feeling that new journalists and even some veterans never dare to go outside their comfort zone. My personal feeling is
this: Journalism is like falling in love. You love the people, you love your camera, you love life, you love your role. When people find that
story, too many never dare test how far they can go with it because of fear - fear of the unknown, fear of leaving comfort, fear of rejection,
fear of not enough time, fear of it falling apart.
When all is said and done, and your joints don't move so well, and your eyes are a little hazy, your testament to the world will be proof
you lived, you dared, you dreamed. You can live, and rest, knowing you gave your all without the feeling of "what if ?" The images will
be there long after you have expired, ready to inspire the next human to do the same. Live; while improving life for others. 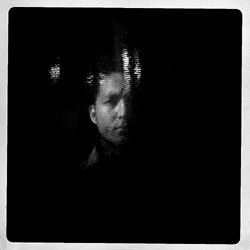 Corey Perrine (b. 1979) is a staff photographer for the Omaha World-Herald in Nebraska and recently he was named NPPA's national monthly clip contest photographer of the year.
Perrine graduated from Brigham Young University with a Bachelor of Fine Arts in Photography Dec. 2003, and after a brief stint at the local paper in Provo, he worked for a group of weeklies in Kansas City, Mo. While there, he was a regular freelance photographer for The Kansas City Star. He has also worked at The (Nashua) Telegraph and The Augusta Chronicle in Georgia, before accepting a job at the Omaha World-Herald.
Corey's was named Sportsshooter.com Photographer of the Year and placed first in their first annual portfolio competition in 2010. He also placed second in Pictures of the Year International for his sports portfolio. A year earlier he placed first in Pictures of the Year International's Best Photo Column category on a series called Senior Class. In 2008 and 2009 he was named National Press Photographer Association's Region 1 Photographer of the Year. The New England Press Association honored him with the same accolade in 2008. He also was merited with a Publick Occurrences Award from the New England Newspaper Association. In 2007, he was one of a hundred photographers, selected worldwide, to attend The Eddie Adams Workshop.
While not chasing light or a good story, Corey spends time sleeping, watching movies, running, collecting trance/electronic music, blogging, exploring, playing with his hyper-active cattle dog Sam and Skyping with his beautiful fiancée, Sarah.
You can view his work here:
Website: www.coreyperrine.com/
Blog: http://blog.coreyperrine.com/
***
Next week we'll take our first look into the fashion world and deconstruct this image by photographer David Surowiecki: 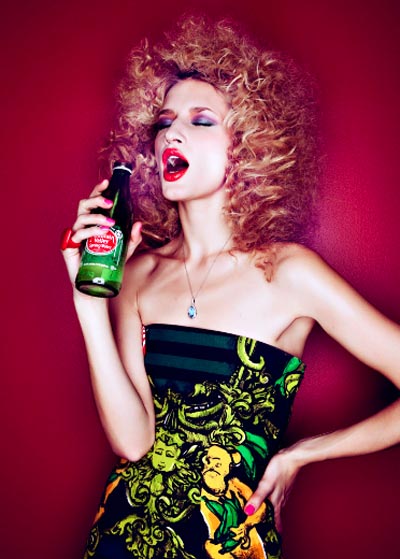