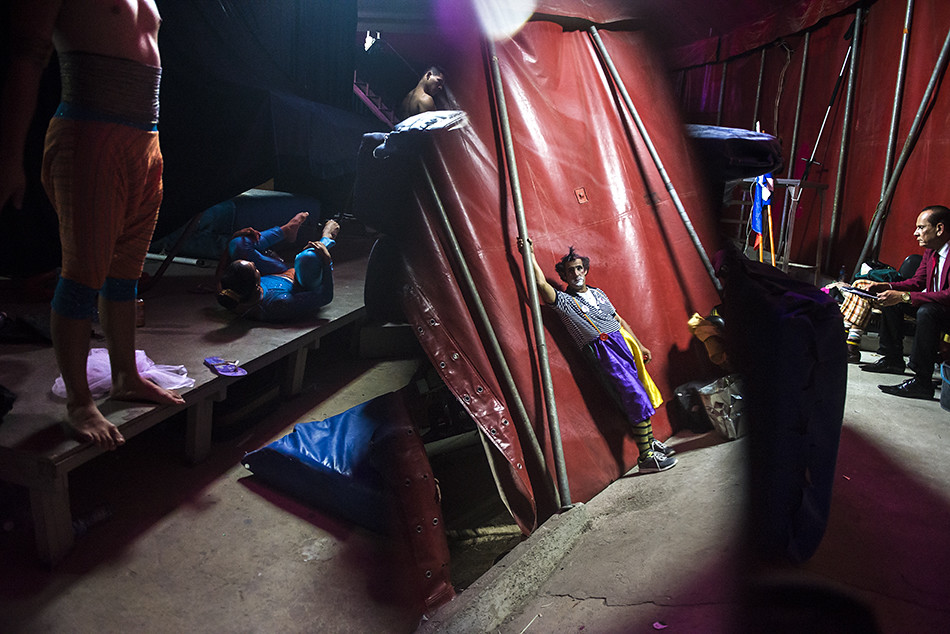 EDITOR'S NOTE: This week's interview was done by Dan Brenner. If you're interested in doing a guest interview, please contact Ross Taylor - [email protected]
TID:
Hi Brittainy. I’ve seen photo projects about Cuba before, but never clowns. Why did you decide to pursue this particular story?
BRITTAINY:
Thanks for having me. Last year around January we were starting our senior capstone process, which is basically a year long project that photojournalism majors have to go through at RIT.
At that time Ringling Brothers just announced they were going to close their circus forever. My mom is a professional clown, and Ive grown up going to the circus all my life. I was honestly concerned about what was going to happen to these performers, to these popcorn vendors, all the people that make up the circus.
When the circus came to Brooklyn, that was my chance to meet people and do research. I took a bus ride down from Rochester to Brooklyn, got a ticket to go see the circus, and went to all three shows that one day. 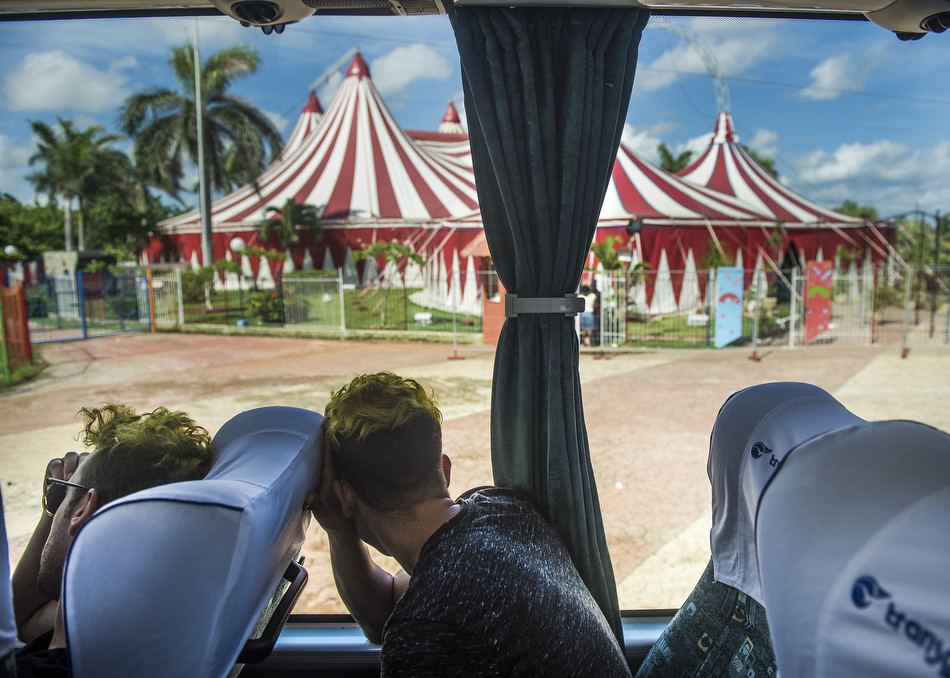 Joan was a Cuban clown and he was super energetic and talking to me. I kept in touch and realized it was a sacrifice to be in America away from his family. When he told me he was going back to Cuba, I was really interested as to what he was going to do. My story was about the sacrifice of a clown. Joan went back to his home country of Cuba to pursue his passion of being a clown in the Cuba National Circus. People don’t think of the circus when you think of Cuba. You think about politics, current policies, history of it, etc.
The rule of thumb for these projects was do something you really care about. That was something I really took to heart, was do something that in a way might be relatable to me.
TID:
It’s clearly relatable to you. What was it like having a mom who is a practicing clown, and do you have any stories you can share?

BRITTAINY:
She’s been a clown since the day I was born, and everyone thinks its so cool, its so funny. It’s kind of embarrassing when you are walking on the street of New York, and you’re holding this cotton candy machine, and she’s right next to you dressed up and everyone is looking at you. I’d be her clown assistant when I was younger. I had different emotions than I do now. Now, I respect it more and am understanding it more.
I was in high school when my step dad passed away from cancer. I was really interested in the juxtaposition between laughter and death and that’s when I started to understand clowns.
Fun stories? I’ve had some scary stories. Being a clown in New York is scary. One time I remember I was nine-years-old. We were doing this birthday party together and it was outdoors in the summer. We were in this picnic area and she was entertaining the kids. This guy walks by and accidentally bumped up against a tree and balloons started to fly away. So the birthday mom started freaking out. She was like “the balloons! The balloons!” My mom was saying it’s o.k. I was watching and the birthday mom grabbed a knife and starts chasing the guy who accidentally touched the balloons that flew away. That was really crazy to be a nine-year-old witnessing that. So we left the party because it got really dangerous. That was one story I always remember.
Our house is covered in clown memorabilia of the Ringling Brothers Circus. We have tons of autographs and old posters. Ringling Brothers have been around for 146 years. There’s a lot of collector items that my mom likes to collect. It was surrounding me. I have to do this story. 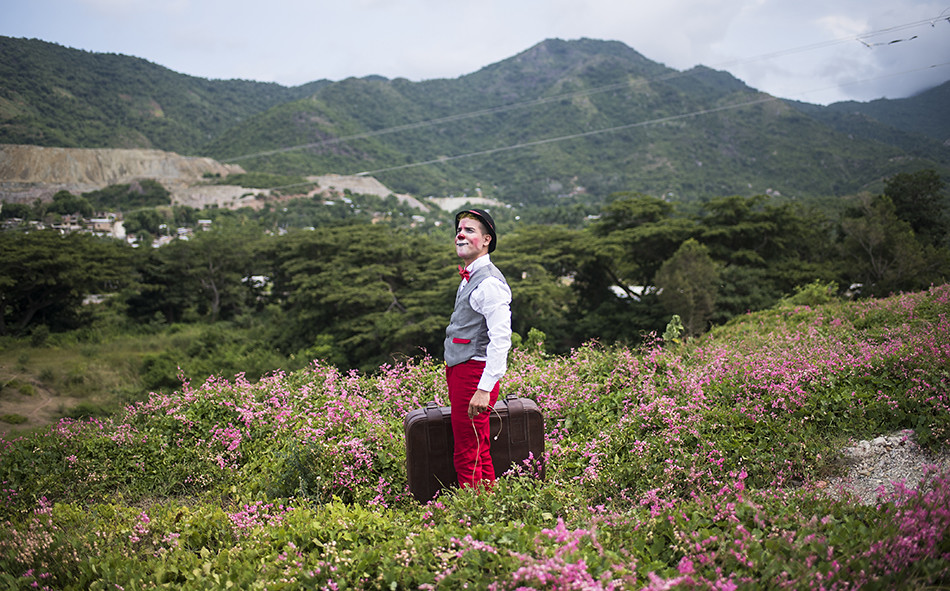 TID:
It takes a great deal of independence and coordination to document a story in another country. Can you talk about how you prepared to travel to Cuba for the story?
BRITTAINY:
It was a lot of lessons learned to be prepared to go.
I budgeted for airfare, travel, logistics like that. I received a grant from my study abroad office which is really nice for the airplane ride. I checked out gear from the photo cage, and I had more than what I needed. I had a 360 camera, two Nikon cameras, six lenses. A whole bunch of stuff just in case.
When I would call the Cuban circus to confirm everything like “It’s a week out until I am there, everyone good? I am going to be on the tour bus for sure, right?” Making sure everything was planned. They thought I was a spy because of everything with Trump. It wasn’t until three days before I left for Cuba, that I knew for sure that I was going. Not even the committee members on my capstone know about this really.
I had all these goals set in mind they got shortened. 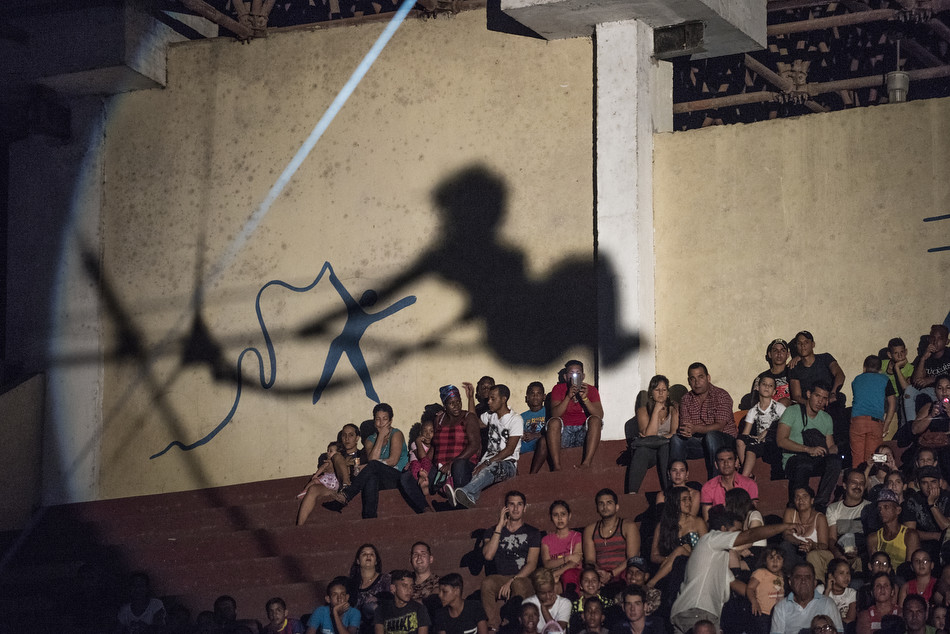 TID:
Let’s talk about that a bit. What were some of the challenges and how did you deal with those obstacles?
BRITTAINY:
One of the major challenges I experienced while in Cuba was one language barrier, but two was also focus. I started documenting the circus as a whole, all these other circus performers. That was a challenge, constantly staying focused as to what my story is about. Why I’m doing it, and keeping it as a motivation.
TID:
What was the time management while in Cuba? 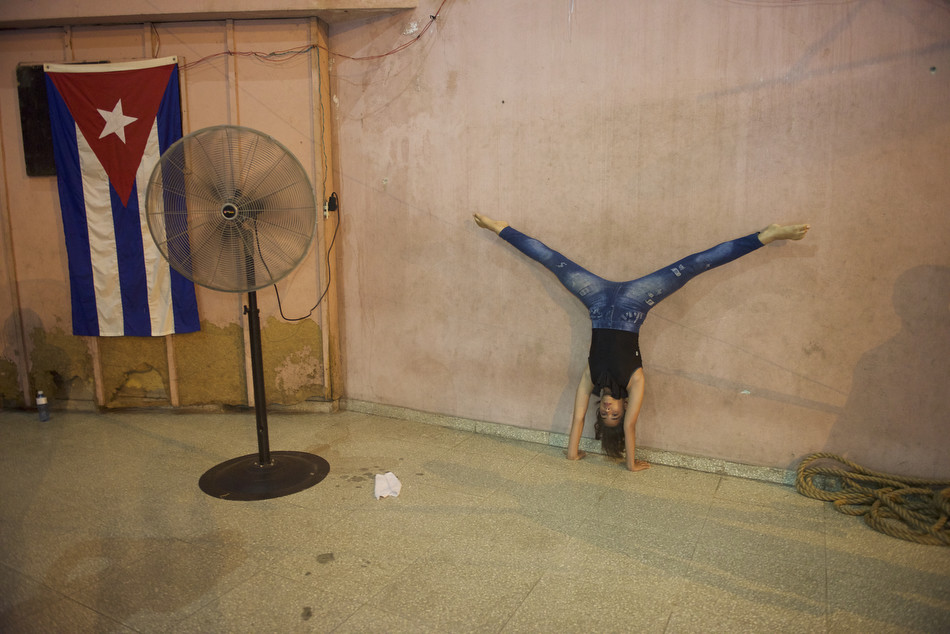 BRITTAINY:
I created a mental shot list every time I’d return to a place I knew I’d be at the next day, for example the mirror picture.
Joan and his brother Yunier, who was the other another clown, they would perform every other day, or every three days, but I knew they had this motorcycle act, and the motorcycle had a mirror. When I saw that reflection happening, I thought “Oh my god, I have to shoot this." So, I got really close. The first time shooting it, it sucked. Nothing was happening. You couldn’t tell it was a mirror. The next day I was like, “This is going to be the day that I get this." I just waited there.
Waiting and waiting for something to happen when all edges of the frame would align. I got a lot of interesting images out of that. The juxtaposition of what is being reflected shows the chaos what backstage felt like.
TID:
Let’s talk about that photo. I’ve seen it a few times, and every time I stare for a while because of the depth and complexity to it. You were clearly being very thoughtful when creating it. Can you talk about what you were looking for and how you built that image?

BRITTAINY:
I always want to encapsulate a scene and what it feels like and looks like. I had to stop photographing everything I saw that wasn’t really doing the idea of backstage justice. I just waited and observed a lot. I would just sit there looking and see how light is interacting with this tent. How are people interacting? What’s the mood? What’s the feeling?
I just stood there for a really long time just waiting for something to happen. Anticipating the moment. Kind of breathing a lot, really waiting.
TID:
You mentioned breathing. What do you mean?
BRITTAINY:
Ya. Staying in focus. Making sure I’m not thinking about what I’m going to have for dinner, just really being in the moment. Really being present I think is so important. Because when you start thinking about all these other things it starts to influence your work in not a positive way, in a negative way.
I wanted to challenge myself and shoot things in a different way. How can I illustrate the circus is full of laughter and light and bizarreness and uniqueness?
TID:
That’s a good point. The breathing especially. Was there was anything else you learned about yourself during this process? 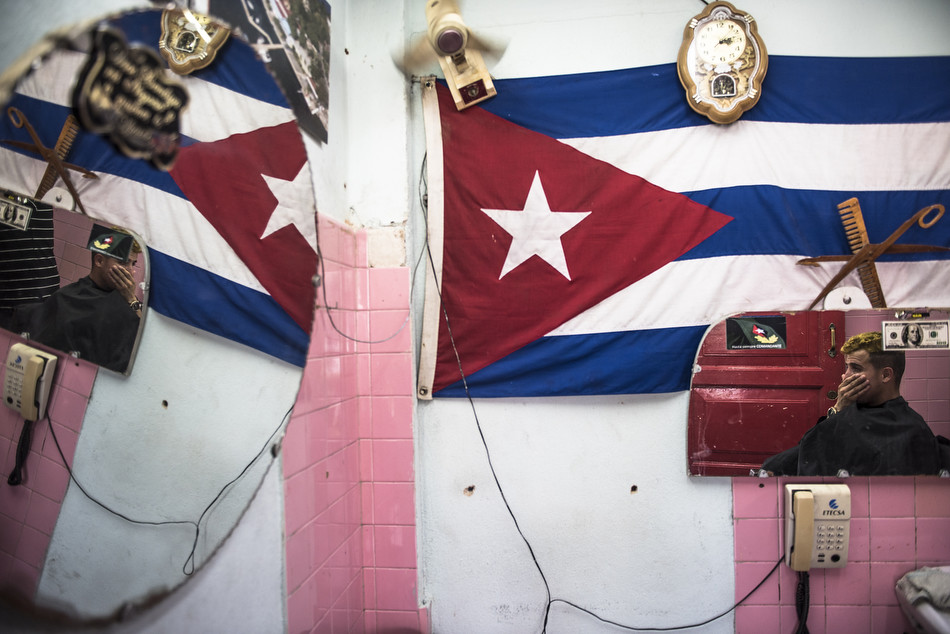 BRITTAINY:
I’m really afraid to fail, but failure is the only way to succeed. I was really nervous, I felt really pressured the whole time. I was a student following a story that was a major news story. All this pressure came on my own. It was me wanting to do a really good job and having high expectations and goals. Really wanting to do the story justice and make Joan happy. Make his family happy. Make my mom happy.
TID:
That’s great. Do you have advice for other photographers?
BRITTAINY:
I think its really important to pursue projects that you want to do and that are important to you. Dream big in regards to the projects you really want to do. Always stay curious and open minded. That is one of my favorite things about wanting to be part of this community of photojournalists.
My advice for photographers is to never give up.
:::BIO::: 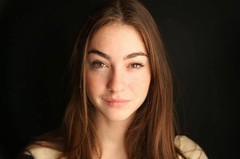 Brittainy is a a student at Rochester Institute of Technology. Born and raised in New York City, Brittainy plans to move back to the East Coast after graduating from Rochester Institute of Technology (Go Tigers!). When she’s not working, she loves taking pictures, going to local markets, and trying different restaurants. She has aspirations of one day working on a feature length documentary and telling epic love stories.
Here is a link to her story: http://www.brittainynewman.com/no-funny-business
You can see more work here: www.brittainynewman.com and on Instagram: @bnewmanphoto
The guest interview was done by Daniel Brenner. 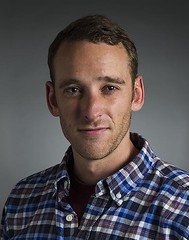 Brenner is a freelance editorial and commercial photographer in Denver who never grew out of child-like curiosity and wants to tell stories. For him, photography is didactic, alluring, and therapeutic. He uses a camera to explore unfamiliar scenes and celebrate peculiar people.
He always has a bocce ball set in the trunk of his car, is an overzealous firewood scavenger, and doesn't care for meatloaf.
You can see his website here: www.danielbrennerphoto.com