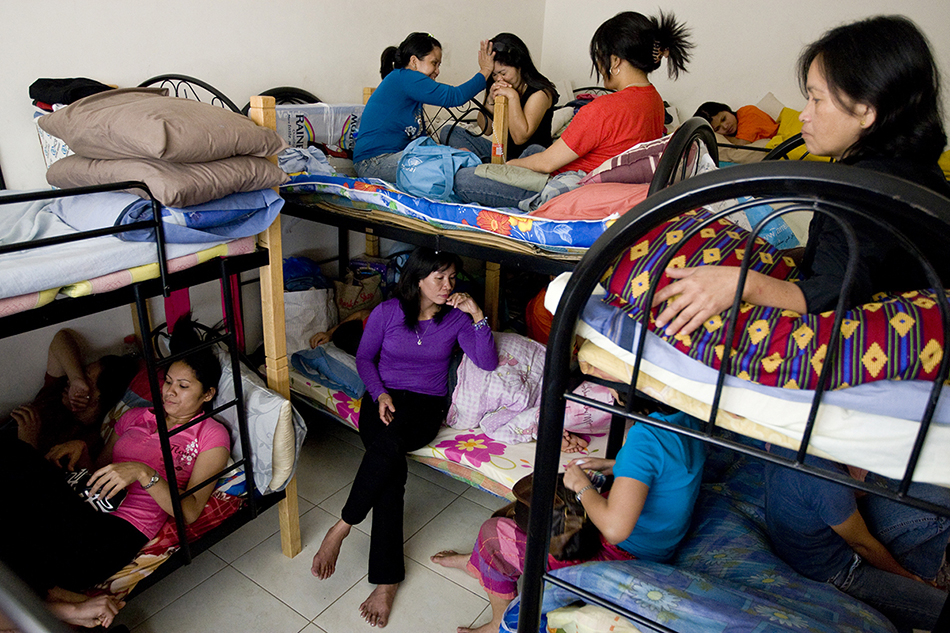 TID: Thank you for sharing Amy. Please tell us about the image's context and background.

AMY: I made the image during a news assignment of a Filipino dignitary's visit to an employment office in the Middle Eastern country I was working in. While covering his speech, I was shocked to find dozens of women crowded in the room clamoring for their turn on the mic to tearfully tell him their story of abuse at the hands of their employers. They were asking for his assistance in attaining justice or a way back to their country as most had had their passports withheld or fled with nothing but the shirts on their backs. After the visit, I followed some of the women back to one of the rooms they were taking shelter in. At the time, there were 90 women split between two rooms. Many of them slept on the floor, spilling out into the hallway. I must've stayed with them for over an hour before someone from the office realized that there was a journalist there and asked me to leave. 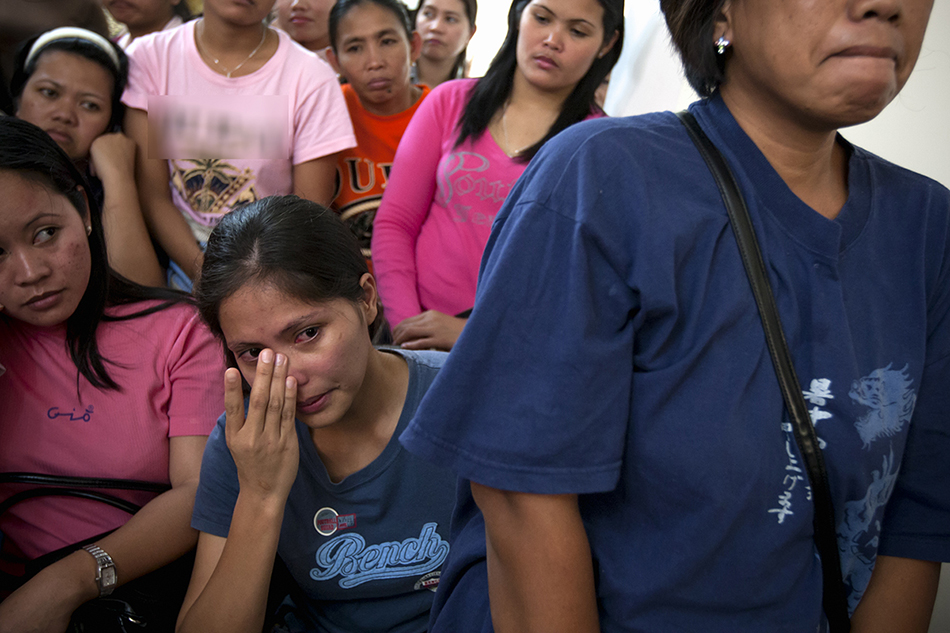 TID: Can you describe what was going on in your mind as the image took shape, and then also what you were thinking when you made the image?

AMY: What was going through my mind was anger and sorrow. Some of these stories were profoundly horrific; women lured into the country by promise of retail employment only to be forced into domestic servitude or worse. Many of them were sexually assaulted, physically abused or had meager pay withheld. I encountered one woman who had been forced to sleep on the balcony, was fed dog food and had not been paid in over seven years but had no recourse or resource to flee. I think as journalists, there's a tendency to become somewhat inured to difficult stories in order to do your job. I've never been great at shutting out any emotion or compassion I feel for subjects, but I think one would be hard-pressed not to be affected by these accounts. How can one not be permanently moved at hearing, "I'm ashamed because I'm poor."? 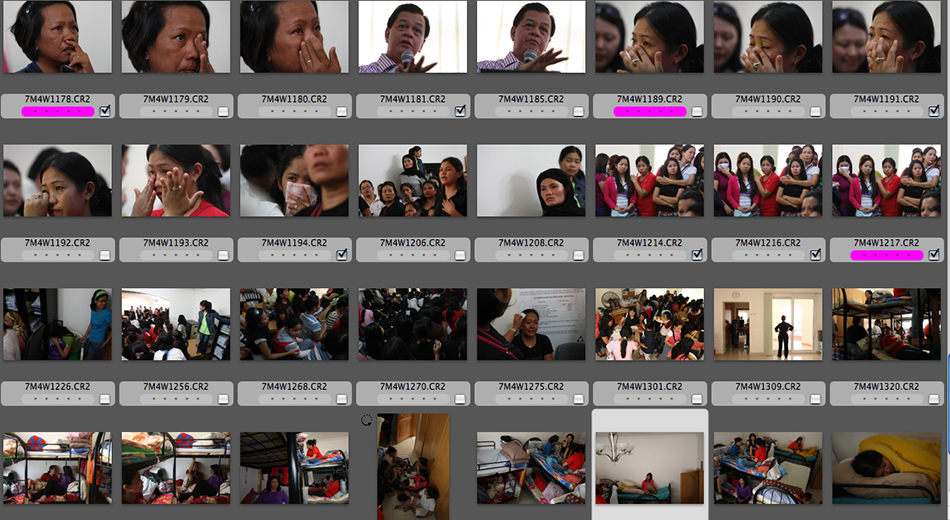 TID: What were some problems or challenges you encountered during the coverage of this event, and how did you handle them?

AMY: After I finished my assignment, I went back on my own to try and help some of the women in what limited capacity I could. I would bring clothing or supplies…which actually led to at least one humorous incident in this otherwise serious issue; one hasn't lived until they've raised the eyebrow of a supermarket cashier with a caddy topped to the brim with feminine hygiene products!

Several other very amazing and caring expats also came to assist. We tried to raise funds to cover flights and legal/medical fees as well as provide some activities while the workers waited in limbo. Shooting was always secondary for me. I know that my subjectivity could draw some criticism, but my main goal was to try and aid these women. If I couldn't always do so through story telling due to their fears, then at the very least we could try to do something through action. 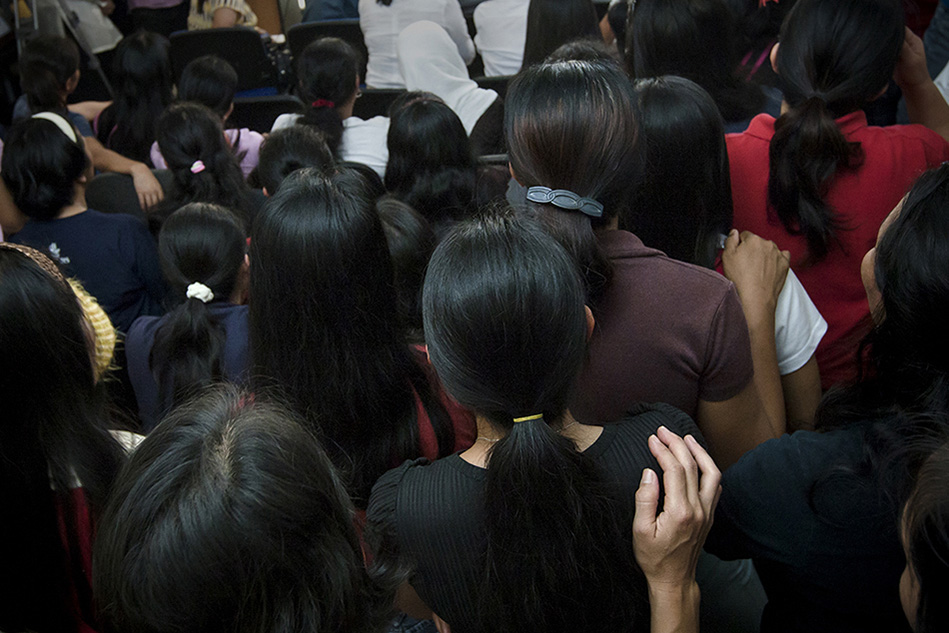 The consternation and censorship were ever present though, even when I wasn't shooting. While you could see that there were some individuals who really wanted to do more, their hands were tied. The director of the office where the women were sheltered was suspicious of me. I had a feeling that he wasn't so much on the side of the women as he was on the side of economics. Billions of dollars are remitted each year to the Philippines from overseas workers living in the region. 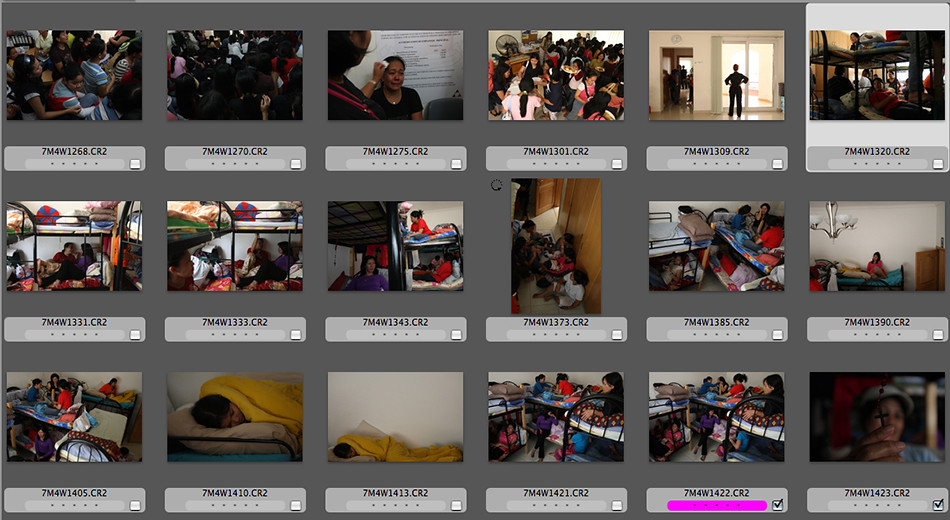 TID: Can you talk about what it's like to work in countries like this - some of the challenges and ways to oversome them?

AMY: The biggest challenge in working in countries as such is censorship both in a larger sense and in everyday lives. It's not so easy to be your typical "fly on the wall" photographer when everyone is very image conscious. I think it always boils down to cultivation of trust and relationships.

Contacts in the community that I had made would drop suddenly. Another group of women, whom I met, refuged elsewhere, were rounded up and put in jail for overstaying their visas. This, despite the fact that their employer had absconded with their passports as well as their backpay. When the police arrived, they ushered me out and urged me not to hang around, worried that I'd end up in prison as well. All I could do was watch helplessly from a distance. Would I have been arrested, I'm not certain that my employer or embassy could have helped me. While this may sound a bit mental, to this day, I have reservations about speaking out too much on this subject; not so much for my sake as I am not working in that country now, but for some of the women who could still be languishing there. That's why I have not directly mentioned its name or other details though you could easily find that out on your own. 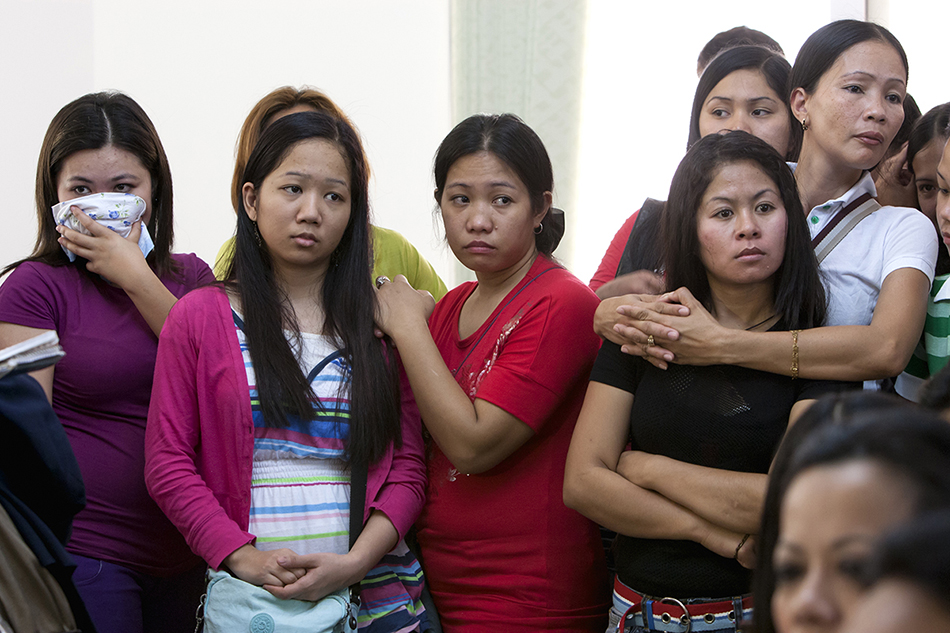 TID: What advice would you tell a photographer who has never worked in these type of situations?

AMY:  I would advise a photographer who has never worked in these situations to be careful of who you talk to or share information with if that photographer is living in such a country. You can still make compelling images and tell important stories, you just might have to wait to publish it when you're out of the country, or publish it under a pseudonym. Also, it requires a lot of patience if you want to approximate the subject's voice and shoot it from a perspective other than solely your own. 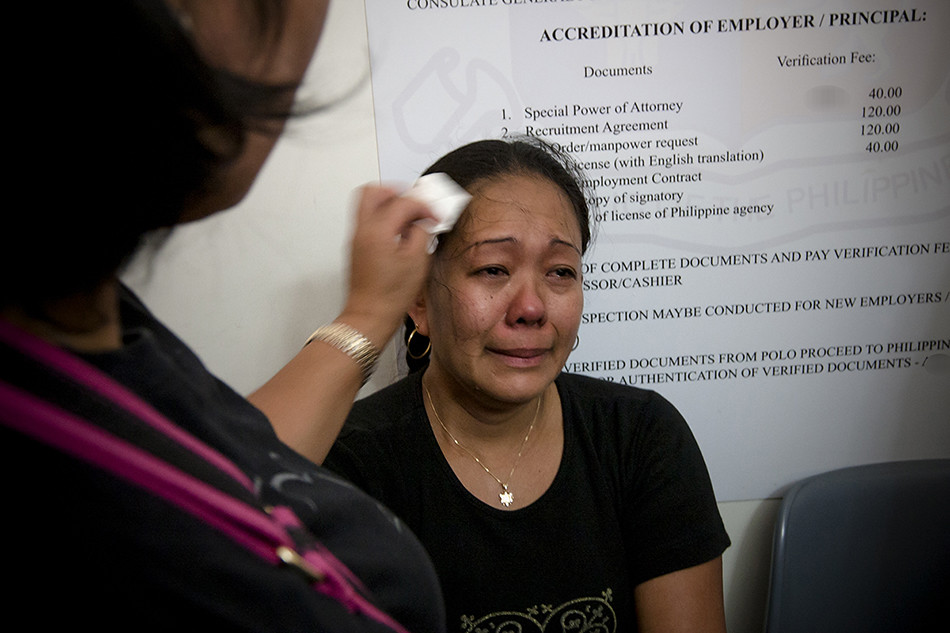 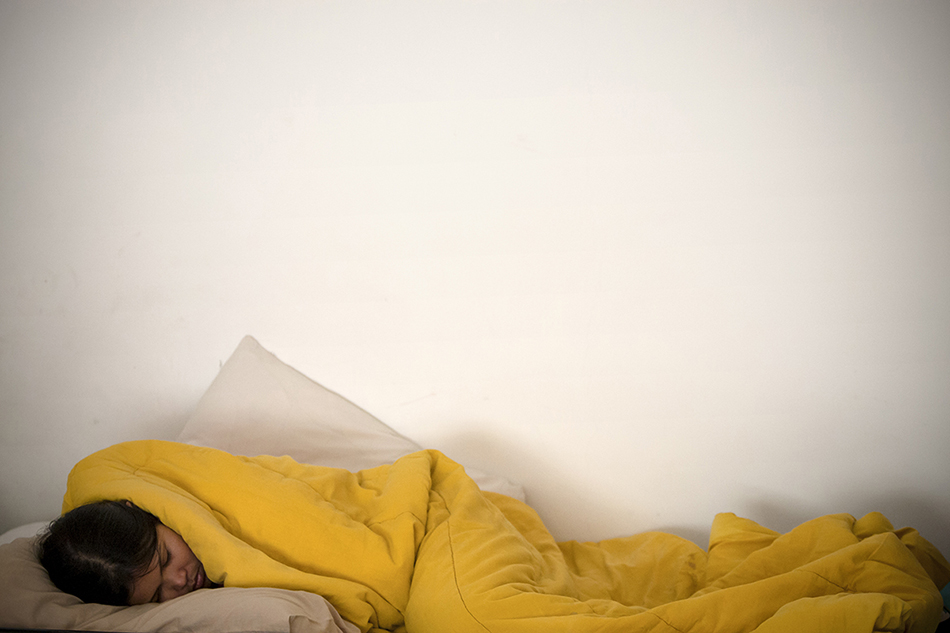 TID: Was there anything that you learned or put to use in later assignments that come about from this experience?

AMY: From this experience, I've learned just how difficult it is to work in a heavily censored nation. I had to be patient and to let some things go for the benefit of others. The subject matter lent itself to be a compelling photo story. But I had to walk a fine line for safety. Perhaps if I was just parachuting in, I could've worked that story fiercely, gotten the photos and quotes that I needed and got out, never thinking about the consequences. However, I didn't want to profit off of their tragedy. Just learning to bear witness and sharing what I could became significant to me. I know what happened to these women. It was and continues to be real and I'll never forget. 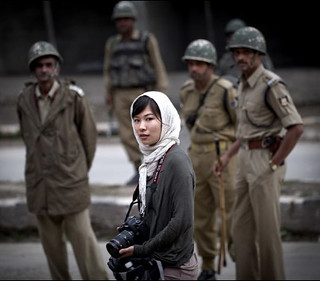 Amy Leang is an American photojournalist based in France. She began her professional career at the Detroit Free Press where she covered domestic and national news. With over 12 years of editorial experience, her work has won numerous awards from the National Press Photographers Association, the Michigan Press Photographers Association, the Eddie Adams Workshop, the Society of Newspaper Design and the Associated Press. She is currently working on a project about the changing demographics of France.
Amy speaks English, some French, Arabic and Chinese.

You can see more of her work here: