Sometimes you just don't feel like taking a picture.

I was going through a tough few weeks, and the last thing
I wanted to do that weekend was photograph in an chaotic
environment with terrible light and staged performances.

I was covering the Taste of India festival in Norfolk. It's a
lovely festival from a participants' point of view, but from
a photographer's it was challenging. The bulk of the event
featured food booths and a stage where children danced.

As I walked around the convention center, my mind felt
blocked and overwhelmed. I thought back to the advice of
Bill Eppridge, who was my coach at a workshop years ago.

When you're overwhelmed, go to one place and sit still. 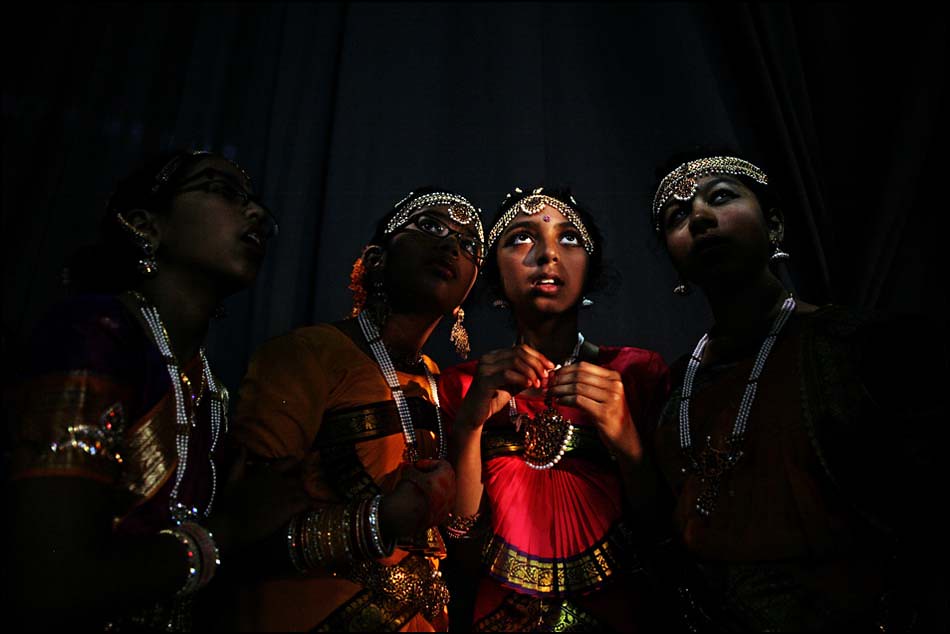 I think when your mind is not at peace, it's helpful to reduce distractions.

We all have moments where, for a variety of reasons, we can't
see through the clutter either in our mind, or in a scene, the
beauty that is in front of us. The struggle lies in the ability
to remain focused. I think of Bill's words often in such moments.

I walked over to the stage and sat down, and made this early
frame. It's overexposed, I know, but it was just a picture to
get my bearing. 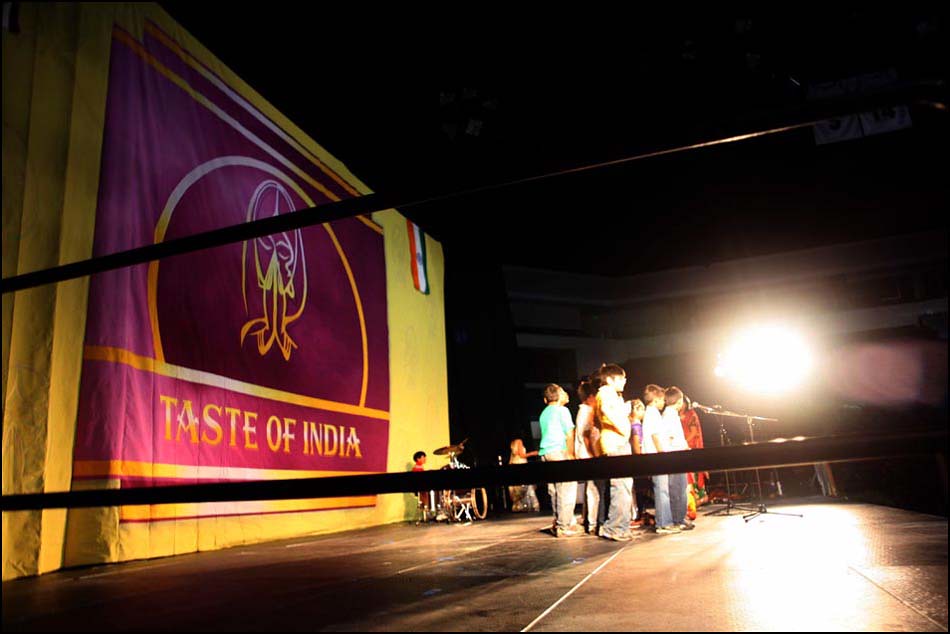 I sat down near the corner of the stage and decided to focus
on the area around me. I was surprised at the beauty of the
light that spilled from the stage - it was filtered from some
of the railings and decorations. I decided to stay low, and I
made pictures while children waited to go on stage. 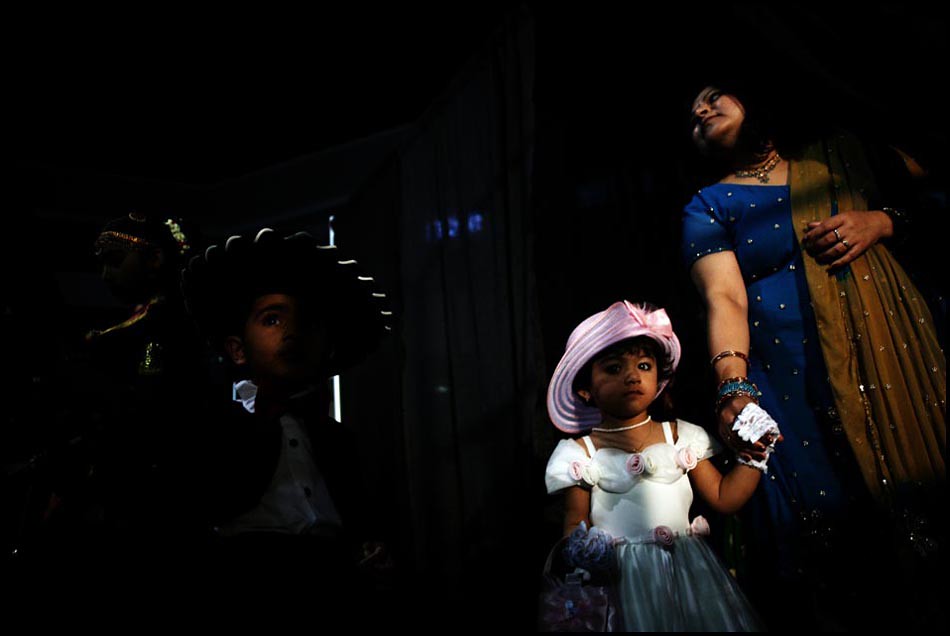 I started to feel better and my mind was more focused now.
All the clutter and energy I brought into the event was now
gone. I felt more focused and intense.

Around this moment I looked to the right where I saw a shaft
of light pouring through a slit in the “backstage” curtain. 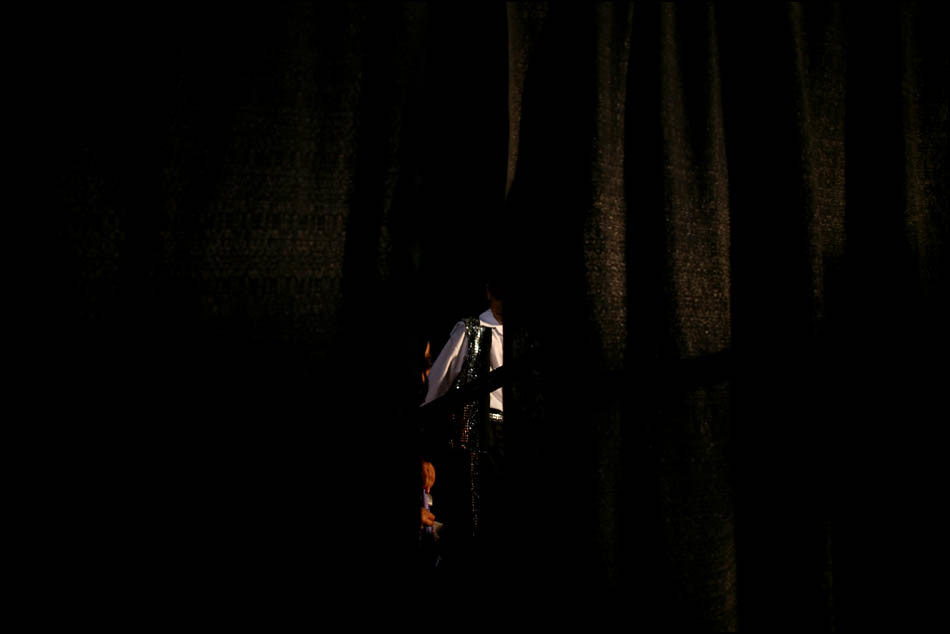 There's where the picture is, I thought.

I moved to the curtain and quickly introduced myself to the
children backstage. They all wanted to pose for me, but I
told them to ignore me. After a few moments of me sitting
in silence, they became bored with me and started looking
out onstage at the performers who preceded them.

And then it happened.

They moved in an out of the light in the following progression
where I made the final image. 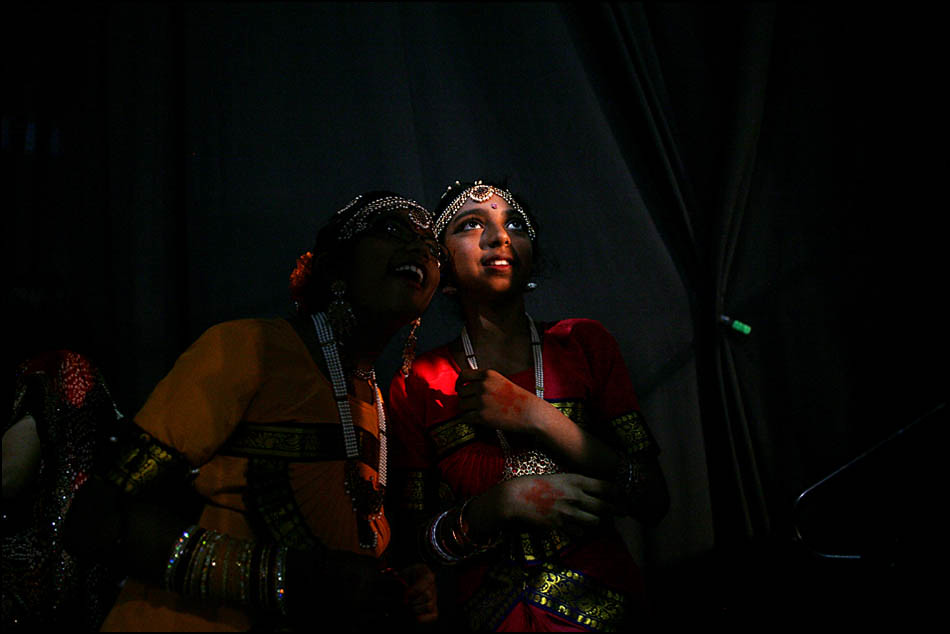 It's interesting, in retrospect, to process the path
of moving from a cluttered mind to a focused one.
I'm no different than anyone else. I often struggle with
negative thoughts, or a scattered mind.

But I also keep thinking back to Bill's advice to me:

Stop moving, clear the clutter, and concentrate
on the beauty right in front of you.

Next week on TID, we'll spotlight this wonderful
image by Melissa Lyttle: 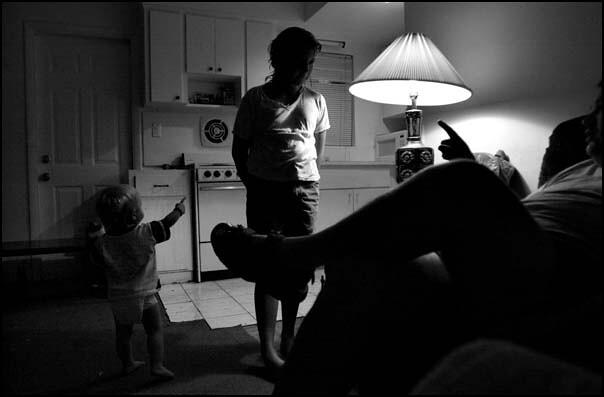